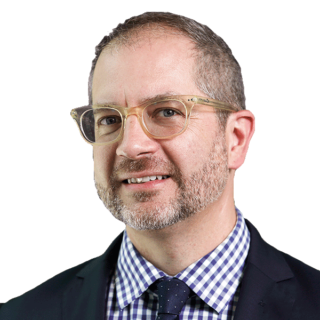 André has over 15 years of public policy and private sector experience. He specializes in strategic advice and qualitative research within the innovative pharmaceutical, biotech, and S&T sectors, in addition to working on international trade, financial services, supply chain, and air transportation issues.

Prior to joining Earnscliffe Strategies in April 2002, André served as Senior Policy Advisor to a federal cabinet minister. While working to launch the “Doha Development Agenda” at the World Trade Organization, André was also the lead advisor to the Minister on several bilateral trade issues, including the softwood lumber dispute with the United States and several North American Free Trade Agreement (NAFTA) disputes.

Working on campaign policy development, André also participated as a member of the transition team for an incoming Prime Minister. He has spent almost a decade advising patient groups and research-based organizations, as well as biotechnology and innovative pharmaceutical industry associations and companies.

Prior to his arrival in Ottawa, André was a researcher in the Office of Alberta’s Official Opposition and was an active volunteer, serving as campaign strategist for numerous federal and provincial politicians.

Growing up on a cattle farm in Northern Alberta, André continues to believe in the importance of innovation from the farm gate through to the consumer table.

André is currently a member of the Board of the Canadian Science Policy Centre, and he sits as Vice President of the Government Relation Institute of Canada.

André is a graduate of the University of Alberta.