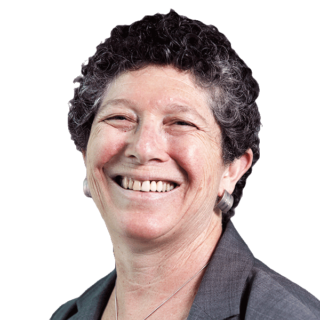 Carol is a Clinical Professor of Medicine in the Division of Global Health, Biostatistics and Epidemiology in the Department of Medicine at the University of California, San Francisco (UCSF) and joined FIPRA as Special Advisor on Healthcare in June 2014.

From 2011 through 2013, Carol served as the Senior Advisor on Science and Policy to the Division of Viral Hepatitis at the Centers for Disease Control and to the Viral Hepatitis Action Coalition at the CDC Foundation. Carol has held a number  of senior management positions in the medical and biotechnology community including the Chief Medical Officer at Alios BioPharma (now J&J) and UCSF Benioff Children’s Hospital & Research Center in Oakland, California. From 1998 to 2009, Carol held a number of senior management positions at Gilead Sciences, Inc., including Vice President, Public Health and Policy, Vice President, Medical Affairs, and Vice President, Clinical Research.

Carol received her B.S. in community medicine from the University of California, Berkeley (UCB) and her M.D. from UCSF. Along with her native Canadian English, Carol speaks conversational French and Spanish.