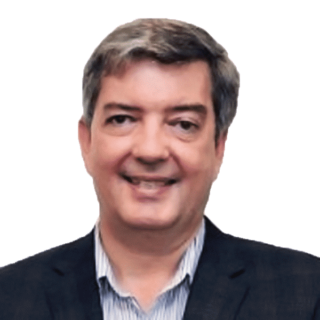 Greg Shea is a Special Advisor of FIPRA in China. Greg previously worked for RIM/Blackberry and is a recognized leader in the IT community in China where he previously served as the President and Managing Director of the US Information Technology Office (USITO) in Beijing. Following completion in 1987 of his M.Sc. at the U. of British Columbia, Greg came to China as an invited foreign expert of the Chinese government. In 1990 Greg joined the Canadian Foreign Service, returning to Asia with postings in Seoul (S&T, media and academic relations), and Hong Kong (Director, Economic and Financial Relations). In 1997 Greg left for the private sector where he served as a regional marketing manager for HP’s semiconductor group. Promotions followed in 1998 as Director for China Government Affairs and Communications and 1999 as Asia Government Affairs Director for Agilent. During this period Greg served on USITO’s board as well as the US Government Affairs committee of the American Chamber in Beijing. In 2000 Greg joined a Siemens CITIC joint venture in charge of new venture investment, working with startups in e-Learning, e-commerce, and mobile data software and terminals. During this time Greg also served as Chair of the E-Commerce China Forum under the Ministry of Commerce. In 2002-4, Greg was engaged in a number of key strategy roles including serving as expert team leader for the EU China Information Society Project as well as advising on RFID standards and pilot project development. From the Spring of 2004 Greg served as Sun Microsytem’s North Asia Government Industry Director until joining USITO in the Fall of 2005. Greg is a Canadian and Irish dual national and speaks English, Mandarin and French. Greg lives in Beijing with his wife and two children.