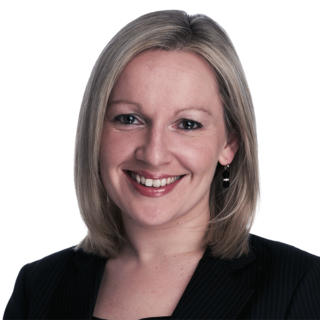 Lucinda joined FIPRA in 2016 as our lead for Brexit and is head of Vulcan Consulting which represents FIPRA in Ireland.

Lucinda served as the Irish Minister for European Affairs from 2011 to 2013, encompassing the 2013 Irish Presidency of the Council of the EU. During the Presidency, she successfully represented the EU in opening trade talks with the United States. Lucinda was also Vice President of the European People’s Party from 2012 to 2014 and is currently a Council Member of the European Council on Foreign Relations.

Lucinda was first elected to Dáil Eireann (Ireland’s Parliament) in 2007 as its youngest member and was re-elected in 2011. Prior to her election wins, she was a member of Dublin City Council and practiced as a Barrister at Law in Ireland’s Four Courts. Lucinda previously held the role of EU Presidency Director in the Health & Safety Authority in Ireland, having begun her career as a Researcher & Policy Analyst at The European Movement.

Lucinda studied Law at Trinity College, Dublin. She received her New York Attorney at Law qualification in 2003 and was called to the Irish Bar in 2005.