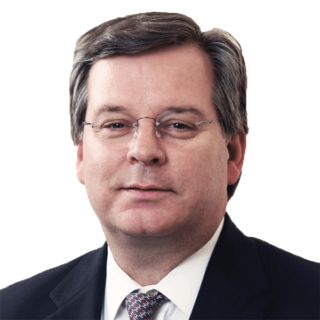 Russ manages a Texas electricity trade association and is affiliated with Crossnore Group, a firm he co-founded in 2008 after leading the Austin office of global public relations firm Burson-Marsteller for a number of years. At Burson and previously at the Washington-based international business advisory firm Kissinger-McLarty Associates, Russ advised some of the country’s leading brands on business development, M & A counsel, communications and government relations strategy throughout the Western Hemisphere.

Russ’ earlier career included government relations positions in Texas and Washington with Aetna, American Gas Association and Enserch Corp. He also served as a staff member in the Texas House of Representatives and has held management positions in Texas attorneys general and governors campaigns, as well as Presidential campaigns of George H.W. Bush and Mitt Romney.

A sixth generation native of Dallas, Russ studied at Georgetown University and The University of Texas at Austin.