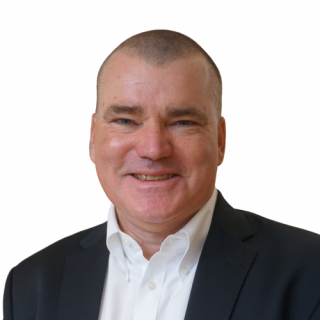 Stephen joined FIPRA as Head of the Digital & Technology Practice. Stephen comes with more than 20 years of extensive knowledge and global experience in public affairs and government relations.

Prior to joining FIPRA, Stephen served as the Head of Central Government Affairs for DiDi. He has led policy and government affairs for various multinationals such as Pearson, British Telecom, Jaguar Land Rover and Nokia Siemens Networks. Through his journey, he has worked in Hong Kong, Singapore, Washington DC, London, as well as in Brussels, where he served as British Telecom’s (BT) Director of European Affairs.

Stephen began his career as a researcher on the back benches and Shadow Cabinet at the House of Commons and House of Lords in the UK, covering important policy areas such as food, animal welfare, water regulation, and waste. From 2003 to 2005, he was a Ministerial adviser at the Department of Environment, Food, and Rural Affairs. Amongst Stephen’s proudest career achievements is leading the GA team that gained BT an IP-VPN licence in China.

A British national, Stephen is a Crystal Palace supporter – who served as an editor for Eagle Eye, a Crystal Palace Football Club fanzine, and has been involved in the publication of two books on the club. He holds a BA (Hons) degree from the University of Ulster as well as an MSc from University College, London.