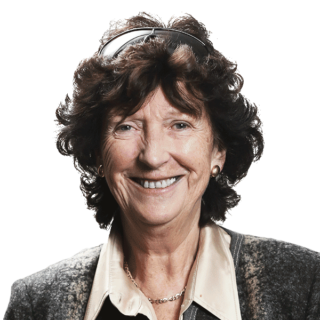 Appointed a FIPRA Special Advisor in 2014, Una is also a Senior Fellow of the European institute of Public Administration (EIPA) on whose behalf she regularly delivers training courses on EU decision-making to officials of the EU and its Member States. Una is Vice-President of the Irish think-tank, the Institute for International and European Affairs (IIEA).

Una spent 23 years in the SG of the European Commission, responsible for relations with the European Parliament and the Council of Ministers in general and the EU decision-making procedures in particular.

Prior to that Una was a diplomat in the Irish Department of Foreign Affairs for 16 years from Ireland’s accession to the EEC onwards, serving in the directorates for Press Relations, EU Political Cooperation and Multilateral Development Cooperation, as well as postings to London (Press) and Brussels (Permanent Representation).

Graduating originally as a physicist, Una first worked in the area of medical physics and then in textile engineering.

She has an honours degree in Physics from University College Dublin and a PH.D from the University of Leeds.