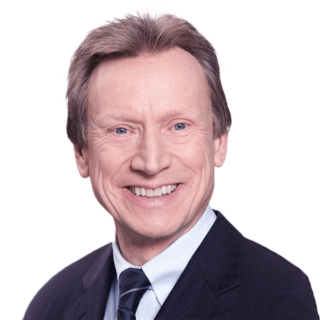 Wolfgang joined FIPRA as a Special Advisor for the automotive industry in October 2015 following a highly successful career with Ford Motor Company, where he worked from 1982 until 2014. At Ford, Wolfgang held many senior positions including Senior Attorney for European and US operations, Vice President, General Counsel for Ford of Europe and Vice President for Governmental, Environmental and Legal Affairs. Since retiring from Ford in 2014, Wolfgang has been based in Düsseldorf, Germany, serving as a Free-lance Attorney/Solicitor. Wolfgang began his career began in 1975 as Assistant Professor in Criminal Law at the University of Frankfurt and was admitted to the German Bar in 1979 serving as Counsel International for more than three years. Wolfgang graduated from the University of Frankfurt with a Doctorate of Law and also holds two further law degrees (B.A and M.A). Wolfgang teaches at the University of Duisburg-Essen, Germany, supports Amnesty International and is involved in several pro-bono community activities. A German national, Wolfgang speaks English and French in addition to his native German.