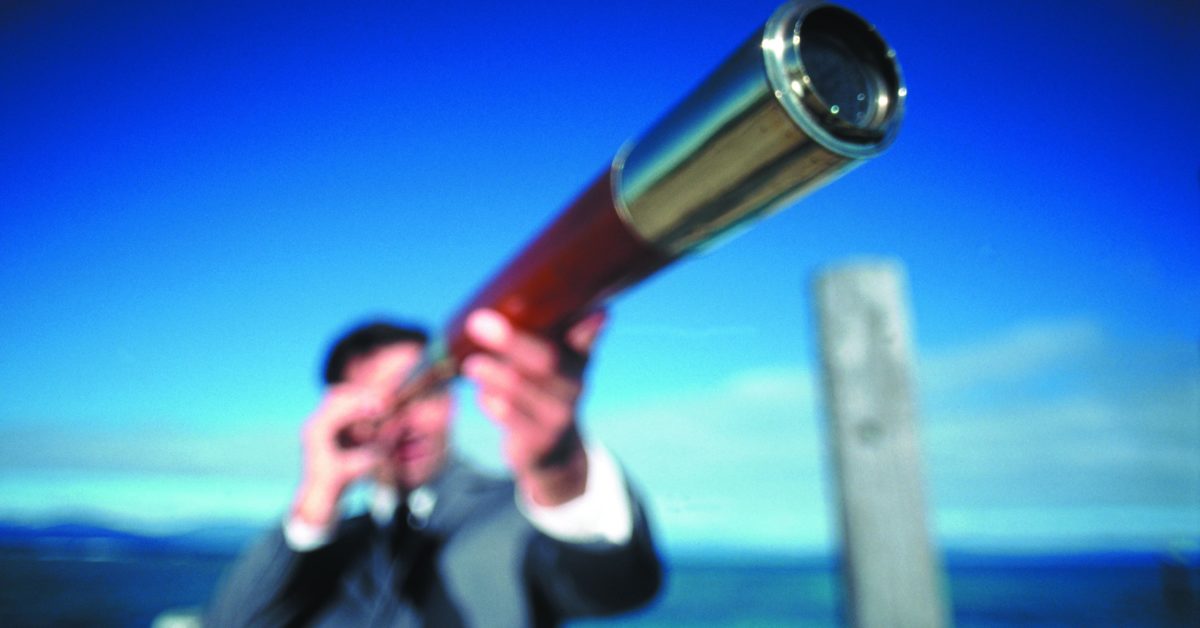 The late Chancellor of Germany, Helmut Schmidt, was not big on vision: “when I have a vision, I go to my Doctor”. And the dominant sense among people of sense in this new year is that 2017 is a bad year for visions: better to hold than to play.

This may be exactly wrong. The paradox of strategy is that by the time you can see a shape in things to come, it is too late to influence that shape. And right now, as we await with bated breath the first real rounds of Brexit action and the policy in office of the new US Presidential team, there exists in fact somewhat more space than in better years to make a difference.

We have been here before. Take global politics. The current hype cycle of global truth, from the End of History to the New Cold War, from the Citizen of the World to the Clash of Cultures, mirrors the swings of collective emotion of the second half of the last century. We should also ask ourselves what the 21st century can look like without achieving global peace and friendship to resume, in settings such as G20, a practice of pragmatic and limited cooperation between sovereign state leaders? The discourse of a Francois Fillon, the French Presidential candidate, or a Donald Trump, the President of the United States, on relations with Russia, and the sustained effort of China to take leadership in difficult matters such as global sustainable finance or digital innovation suggest that there are ways to do real business in parallel with the tricky business underway in the Black or the South China Sea.

Closer to home, the real run of play in an unprecedented process such as Brexit can only emerge as a result of, not a precursor to, the initial rounds. So it is good to sense that the March target for launch is a real one, and it will be important thereafter to keep calm as initial exchanges on issues as divisive as people’s freedom to move around the continent and the world reveal more clearly the passion than the eventual compromises.

A year on from Klaus Schwab’s page-turner on the ‘Fourth Industrial Revolution’, the bigger challenge of the times is for humanity to set a course through the digital ocean of opportunity. Schwab and outgoing Obama messages are pretty similar: yes, we can – if, but only if, we as human society know what we want. The European goals are implicit in the Commission’s work on a Digital Single Market, with January’s publications very much central to the future dynamic of a European data economy. But it is vital that all interested parties, corporate as well as individual citizens, get more involved than has been the case in recent months. And that we focus on what the tech world needs to deliver for our society, in terms of a sustainable health and social solidarity economy.

Too many euro-moaners complain that there is not enough going on: implying to decision-makers in all walks of life that no great effort is called for on things European, beyond monitoring and playing defence. That is a courageous stance to adopt, to say the least.

In reality, now is both a time of change and a time to build the foundations for change. Today can affect the stance of the EU into the next decade on innovation support, on modern public governance, on the trade-offs between privacy, security and cost of service, on the relative roles of cooperative risk management and regalian regulation. None of this is settled, but none of it will be left as virgin territory to the next generation of legislators.

A strategic approach will not require the launch of big new crusades. It stands for a medium-term view of how today’s not at all meagre agenda can, in practice, be the starting point for new conversations, new multilateral conversations and new visions that will both have impact on what comes out of the next couple of semesters and will begin to shape the upcoming political manifestos and campaigns for the leadership of the next decade.