A new Public Policy approach for the European Telecoms Industry 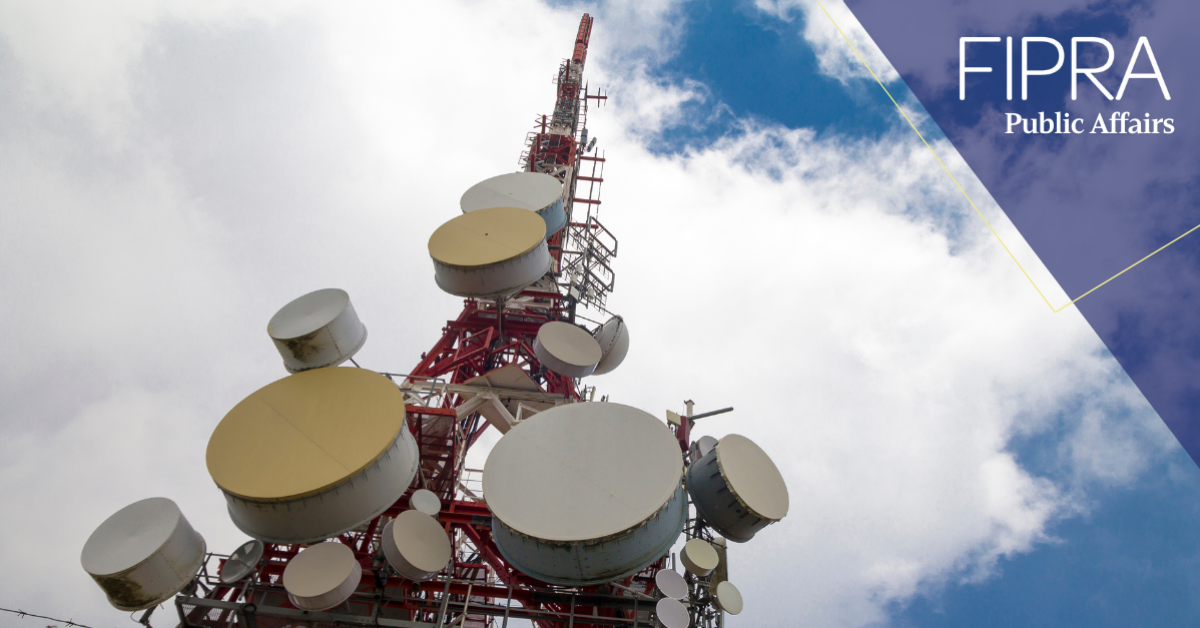 Our Special Adviser for Digital Economy and Telecommunications, Georg Serentschy shares his article on a new Public Policy approach for the European Telecoms Industry.

The challenge of digitalisation: The economy, society and citizens face a challenge at global level—digitalisation. Impacting all areas of life and work, this phenomenon will result in a tremendous upheaval. Such a prediction doesn’t require any extraordinary forecasting abilities; all of us, from the individual to society at large, are already caught up in this process to a greater or lesser degree. Some, better prepared, will make use of the opportunity, while others, less prepared, will stumble into the process, as it were.

To whom to talk to in Europe? Now that digitalisation has taken hold of every area of the economy, traditional industries are wishing to get in touch with the key player in the process, the telecoms industry. This is particularly true for the energy sector, the automotive industry, healthcare, mechanical engineering, aviation and aerospace, shipping, and the media industry. Yet such ‘verticals’ have the problem of who to call to get in touch with the telecoms industry. The situation is reminiscent of the famous question attributed to former US Secretary of State Henry Kissinger: “When I want to talk to Europe, what number do I call?”

Traditional sector representation: Compared with other sectors, representation in the telecoms industry is oriented towards the past and organised ‘historically’ so to speak. A separate representation exists in each case, one for the former national telecoms companies (‘incumbents’), another separate association for their ‘challengers’, an association of ‘cable network’ operators who originally emerged through television broadcasting, associations to represent the stakeholders in fibre rollout, and a globally active mobile services industry association—each with separate national or regional branch organisations. This sounds a little complicated, especially for instance to automotive manufacturers when looking for someone to contact about issues related to autonomous driving, or to mechanical engineering companies wishing to discuss the challenges involved in the Industry 4.0 context. This is further complicated by the rollout of 5G mobile networks, as new stakeholders play an increasingly important role. Besides the verticals already mentioned, municipal administrations and other public institutions, as well as new intermediaries will play a role for the rollout of 5G networks.

Time for the telco industry to get out of its echo chambers! For many years I have been observing this ‘landscape of associations’ and their external communication, while also regularly attending the conferences these associations hold. In doing so I appreciate the opportunities offered to network and exchange views with other participants. Nonetheless, what not only I but a growing number of attendees have been witnessing is increasingly ritualised fossilisation of such events. Each of these associations has for years continued to repeat the same, more or less unaltered mantra; the list includes (summed up somewhat pointedly): “We need less regulation to unleash investment”; “We need more (not less!) regulation, to get more competition and only competition drives investment”; “Don’t even think about regulating cable networks”; and “Fibre is the answer to all ills”. This is the sort of ‘communication’ taking place between groups, and with governments and regulators. This landscape of associations, with each tending its own small plot, makes Europe’s telecoms industry appear as a deeply introverted sector, with little time left to devote to and tackle the common major challenges. In view of the situation, is anybody really surprised that the ‘voice’ (or any of the voices) of the telecoms industry isn’t getting heard enough? Oftentimes, associations have attempted to reinforce their previously more or less ineffective messages through frequent repetition and added emphasis (with ‘more of the same’), without achieving improved results. The impact seen from the telecoms industry’s current incoherent or sometimes contradicting narrative is limited; best most recent example are the overcomplicated co-investment rules in the EECC, Europe’s new regulatory framework.

Can we find a common denominator? Comparing the messages put out by the various groups, as summed up above, leads inexorably to the question of whether any common denominator exists. Is it even possible to shape these messages into a common one? Looks like fitting a square peg into a round hole, you might think at first glance. The solution is for all stakeholders to become able to find pragmatic compromises, to focus on common challenges and to back off of marginal issues. Yet here begins the painstaking groundwork: What are the common core issues? What are the marginal issues and who can they be delegated to if need be?

Time for the industry associations to reinvent themselves! Mention has already been made of the dichotomies that in the past have been typical for the landscape of associations representing sections/segments of Europe’s telecoms industry. Distinctions have been made on the one hand based on the time of market entry, with ‘incumbents’ entering prior to liberalisation and ‘challengers’ after the market was opened; or groups have defined themselves through distinctions rooted in technologies, such as copper, coax and fibre, or mobile network versus fixed network. The technologies in this sector are advancing relentlessly and at a seemingly ever-faster rate, blurring such distinctions and making the internet a ‘universal world machine’. In future, consumers will perceive no distinction between fixed and mobile networks, and electronic media usage will move to the internet, while copper cable and coax will successively disappear from networks and be displaced by fibre—unnoticed by consumers. This development will also increasingly erode the demarcation lines traditionally separating current industry associations and make some of them obsolete in the end. It means that the landscape of associations will either have to reorganise itself, find a common narrative for the sector or, along with the eroding demarcation lines, become less and less relevant.

Let’s emphasise what unites and not what separates us! An inclusive European telecoms representation is what is needed if the industry is going to consistently get heard in public. Or should we go one step further? There is another dichotomy, not previously mentioned, that of the telecoms industry versus over-the-top players (OTTs). The telecoms industry also has for this context a mantra that is religiously repeated over and over again: the call for a ‘level playing field’. Here one asks: To what level is regulation to be gauged, the marginally regulated OTT segment or the traditional, heavily regulated telecoms segment? Or should it be based on the principle of ‘same services, same rules’? While this appears logical at first glance, it forces the question of what ‘same services’ really are and how to plausibly argue – based on economic reasoning – that one service can work as a substitute for another. For the lack of any useful, sturdy economic model, the European Commission has as we know resorted to conventional phone numbers as a basis for differentiating the regulation of OTT services under the EECC, Europe’s new regulatory framework.

A new common voice for the entire European digital industry? A courageous—although even more challenging—plan to consider would be to expand the group consisting up to now of traditional telecoms companies to include the OTTs, perhaps at a later stage or by means of a tiered membership model, and to create a common voice for the European digital industry. It would be worthwhile to give serious thought as to whether or not the common interests of telecoms companies and OTTs do in fact outweigh what separates them.

Focus on future challenges: The first step in creating a joint European telecoms voice would be to identify the major common challenges and to increase the reputation for the sector with a more coherent narrative. In my view, these common challenges would in any case be issues relating to digital platforms, platform economy, as well as the collection, processing, storage and exploitation of customer data. Big data, artificial intelligence and blockchain are offering new opportunities and at the same time, regulatory challenges. A few examples follow:

Up to now only little has been heard of a common telecoms sector position or even a common approach to the issues mentioned above, while external communication by the various groups has previously focused almost exclusively on conflicts between companies and on discussions relating to network rollout and access to networks.

A new public policy approach could allow the traditional subjects of dispute over which these groups have previously manifested their differences—including infrastructure rollout and access, interconnect, access and termination charges, cost accounting standards, mergers and acquisitions, etc.—to be shifted out of the scope of common interest and be resolved directly by the companies concerned, based on civil law and under ex-post competition supervision. The sector as a whole could then rally to face imminent and pressing common challenges, work out positions, and speak with one voice, thereby contributing in a major and lasting way to improving Europe’s standing in the digital world.

Acknowledgments: I’m grateful for helpful contributions from Public Policy experts and insightful discussions with outstanding persons from the telecommunications community.