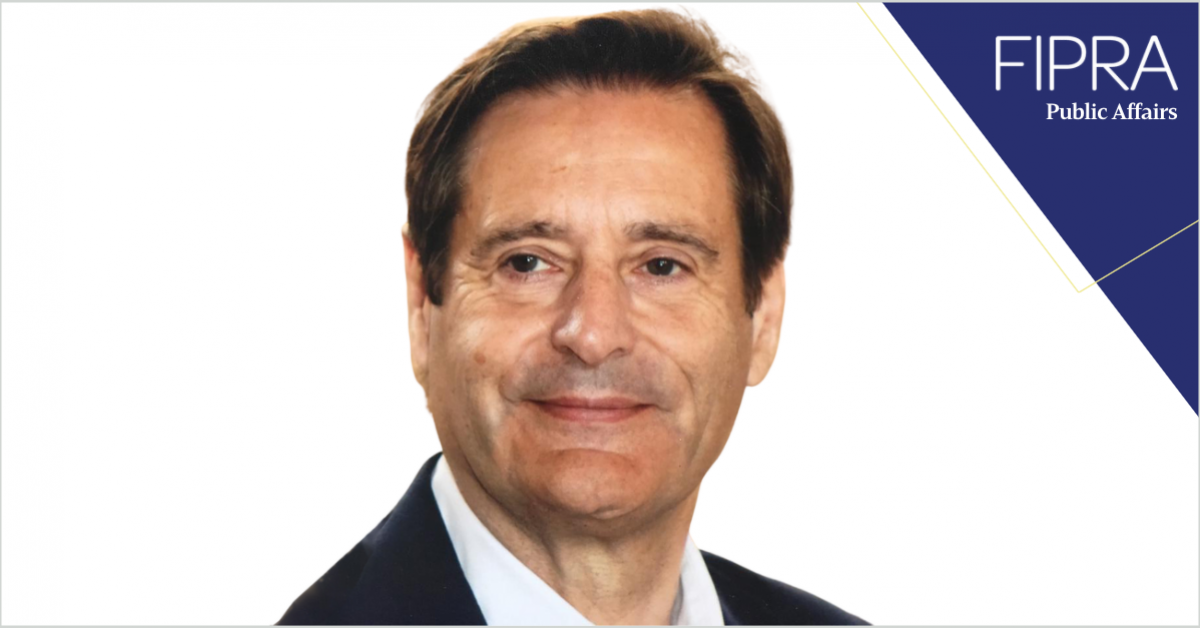 We are pleased to announce that Angel Carro has joined FIPRA as a Senior Advisor for International Relations, Food Systems and Biodiversity.

Angel joined FIPRA after a long and successful career with the EU institutions. He is an expert in EU international relations, UN and multilateral diplomacy, sustainable development and food systems.

After a spell of working with Union Bank of Switzerland, Angel joined the team of economic advisors to the Director General for Agriculture of the European Commission and went on to lead DG AGRI teams both on enlargement negotiations and on rural development strategy.

I am very pleased to join the FIPRA team and contribute to strengthening the necessary synergies for a successful Green Transition in Europe and globally. We must succeed in this effort. We owe this to future generations as we have only one planet, one health.

“As Europe’s new strategy for the Southern Neighbourhood is based on pillars such as the Green Deal and digitalization, industry and regulators must work together to seize these opportunities,” he stated.

On the diplomatic front, Angel served the EU both abroad and at headquarters. He was posted to Tanzania as Economic Counsellor and to UK to head the London Press office of the Commission’s Representation, before becoming Ambassador and Deputy Head of Mission to the United Nations in New York.

On his return to Brussels, he led teams for Mercosur and Southern Africa, before joining the team of Senior Advisors to the Secretary General of the European External Action Service (EEAS) on Strategic Policy Planning

Climate change and biodiversity loss are both interlinked and a threat to sustainable food systems and to our collective wellbeing. As global challenges, they require global solutions and close cooperation between public authorities, private sector and civil society.

Walking the talk, Angel created the Open Earth Foundation (OEF) in 2017, which fosters sustainable development, solidarity and education through art and creativity.

Angel holds an MA in Agricultural Economics, and a PhD in Economics from the Swiss Institute of Technology Zürich (ETHZ), as well as an MA in Public Management from the Université Libre de Bruxelles (ULB).

A dual Spanish and Swiss national, Angel is fluent in Spanish, French, German and English, with a working knowledge of Portuguese.

FIPRA advises organisations making a green transition, helping firms redefine themselves and adapt their business strategies in sync with the inevitable transformation underway on a European and global scale. Find out more here.