Back to the future: Biden victory hails return to normalcy in US-Japan relationship 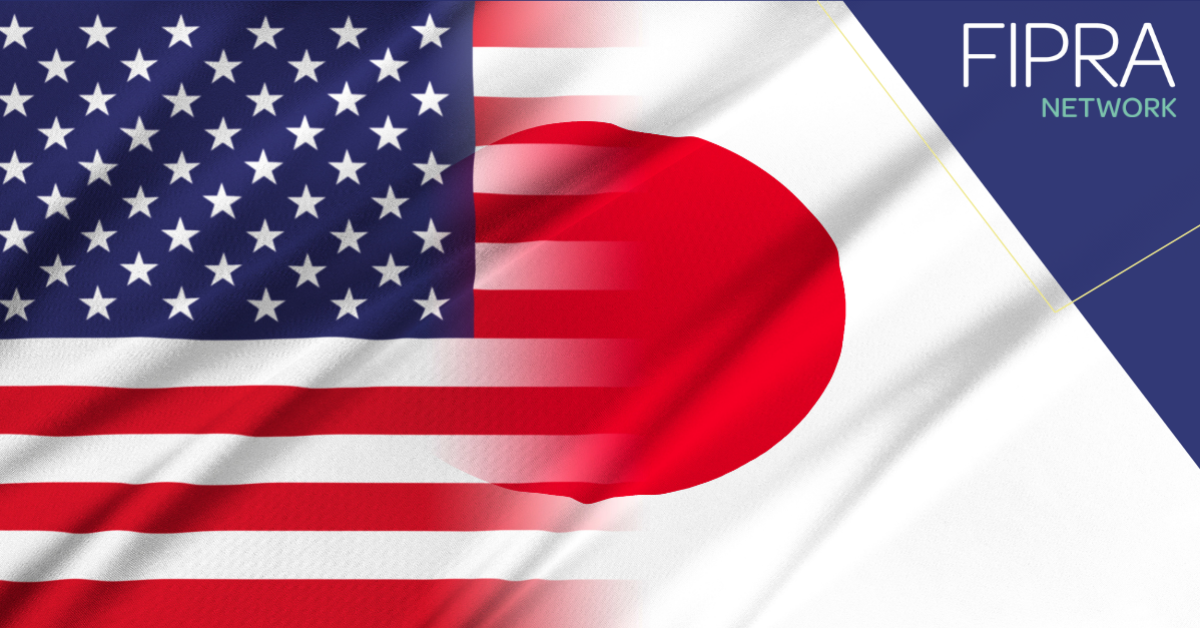 The election of Joe Biden as US President signals important changes in the US-Japan relationship.

President-elect Biden is well-known in Japan from his eight years as US vice president and for his role as Chair of the Senate Committee on Foreign Relations. He has experienced the changing dynamics of the bilateral relationship first-hand, from the trade tensions of the 1980s-90s to the cooperative relationship today, witnessing how the US and Japan worked well through difficult discussions on the Trans-Pacific Partnership (TPP) and on regional security during the Obama-Biden administration.

Foreign policy did not feature prominently in the 2020 Presidential campaign, where the emphasis was on managing Covid-19 and the economic support needed for economic recovery. As a candidate, Biden was clear that his other priorities as president included climate and health care.

Based on his foreign policy experience, the president-elect’s perspective will be built on an understanding and appreciation of the importance of US strategic alliances, including the pivotal alliance with Japan. It is also likely that his administration will seek to restore orthodoxy in relations between the executive branch and Congress on trade and foreign policy.

Biden will display greater respect for allies and alliances based on shared values and common interests, as well as his support for established norms of diplomacy.

What, then, can we expect from a Biden-Harris administration with regard to US-Japan relations? We expect the following underlying themes to shape US policy:

A return to normalcy and orthodoxy

President-elect Biden is a career politician, very much in contrast to President Trump. He has a detailed understanding of how the US system works, and how to surround himself with capable people who can execute policies. In that sense, there will be greater stability and a more normally functioning White House and executive branch. This “normalcy” will inform and drive the US’s domestic and international foreign policy.

Biden is now appointing a cast of experienced policymakers in key positions at State, Treasury, Commerce, the National Security Council and the National Economic Council. While there is no clear Japan expert at Cabinet level, some Biden appointees do bring established relationships with Japanese policymakers.

Although Prime Minister Abe and President Trump enjoyed a solid personal relationship, bilateral relations under them could be uncomfortable. There is an opportunity for a more amicable, and potentially more productive, bilateral relationship. Biden will display greater respect for allies and alliances based on shared values and common interests, as well as his support for established norms of diplomacy. The emphasis on multilateralism and collective action will also provide new avenues for direct and constructive engagement.

President Obama administration explicitly re-stated US policy on Japan’s territorial issues, including that any attack on the Senkaku Islands by China would invoke a US response under Article V of the US-Japan Treaty of Mutual Cooperation.

During a congratulatory phone call with Prime Minister Yoshihide Suga in November, President-elect Biden committed to this same principle and policy, according to the read-out from Suga’s office. The Biden team’s read-out said that, while the President-elect did not mention the islands specifically, he “underscored his deep commitment to the defence of Japan and US commitments under Article V.” This is a welcome statement for Japan’s security establishment.

The Biden administration will also take a different approach to upcoming negotiations over burden sharing for US military bases in Japan. Where the Trump administration demanded a four-fold increase in Japan’s payments, the Biden team will approach this issue with a more appreciative view of the value of the forward projection of US forces in Japan, and of Japan’s contribution in hosting US bases on Okinawa and elsewhere. This is not to say negotiations will be easy, but that they will start from a less antagonistic framework, with an emphasis on cooperation.

The US and Japan will continue to strengthen cooperation under the existing Free and Open Indo-Pacific strategy, a shared regional security policy to help allies in the region respond to increasing Chinese influence.

Trade was not a prominent topic during the campaign and campaign materials were very general. However, while Biden has never been vocal on trade, he has consistently supported trade agreements such as NAFTA.

A Biden administration is less likely to use punitive trade measures for leverage against allies such as Japan. Biden trade initiatives – whether bilateral, regional, plurilateral or multilateral – can be expected to emphasise workers’ rights, human rights, diversity, and climate change.

Two of the biggest questions on trade between the US and Japan are the possible resumption of bilateral negotiations and the possibility of a US “return” to the TPP framework.

Will the US and Japan continue to Phase Two of the US-Japan Trade Agreement (USJTA)?

Phase One, in force since January 2020, essentially provided US agricultural exports the same market access to Japan as the original TPP, plus some reductions in US tariffs on a small volume of manufactured goods and a separate US-Japan Digital Trade Agreement.

Two of the biggest questions on trade between the US and Japan are the possible resumption of bilateral negotiations and the possibility of a US return to the TPP framework.

The governments agreed in principle to negotiations for a second phase to cover trade in a broader range of goods, services, and investment at the end of a four-month consultation period beginning after January 2020. In theory, these talks could have started in May 2020, but they have not taken place, due to other priorities for both governments, not least Covid-19. Given the tendency of new US administrations to start their own initiatives on entering office, and Biden’s preference for multilateralism, it is unlikely that the Biden administration will make Phase Two of the USJTA a priority.

Possible US return to the TPP framework?

Another question on trade is whether the US and Japan will discuss a possible “return” of the US to the TPP, or now its successor, the Comprehensive and Progressive Trans-Pacific Partnership (CPTPP).

Biden views the CPTPP as a critical counterweight to China’s growing geopolitical and economic sway in the Asia-Pacific. Yet a possible US return is not a given, and it would not be a straightforward proposition even if it were a priority.

The TPP was a headache for Democrats in 2016. Hillary Clinton did not support it during her campaign despite having done so as Secretary of State. In 2020, candidate Biden did not take a clear position on the CPTPP, and he has still not clarified how he would respond to Japanese (or other) entreaties to join.

This would likely be a Year Two project at the earliest, once the administration has had time to work on the pandemic and economic recovery. However, the world has moved on. Several agreements already go beyond the CPTPP on digital trade, including the US-Japan Digital Trade Agreement and the US-Mexico-Canada Agreement (USMCA) on which subsequent digital trade provisions have been modeled.

There is much talk about the USMCA as the new standard for US trade agreements in regard to labor and environment provisions. Democrats insisted on them and this could become an essential element of any Biden administration demands for an updated CPTPP. Moreover, the USMCA sets much higher thresholds for rules of origin (75%) to qualify for tariff benefits, as well as wage requirements. This would be problematic for Japanese auto manufacturers.

Although “returning” to the CPTPP makes strategic and economic sense, given the complexities of a US return, the US and Japan might focus initially on common ground in plurilateral trade initiatives in the context of the WTO. The US could, for example, move forward the e-commerce negotiations, restart negotiations on Environmental Goods and Services, collaborate with like-minded countries to quickly approve a new Director-General for the WTO, or work to reform the WTO’s dispute settlement procedures and Appellate Body.

Implications and opportunities for Japan and Japanese business

There are significant opportunities for the Suga government to establish a cooperative and mutually beneficial relationship with the Biden administration on trade, climate change, and on regional economic and security cooperation. While it is unlikely that high-profile initiatives will be launched early on, steady work through traditional foreign policy channels, in bilateral, multilateral and regional contexts, will strengthen the economic and security relationship.

In this regard, it will be important for Japan’s government and private sector to keep administration officials abreast of Japan’s regional and global intentions and to identify opportunities for collaboration. With the incoming administration’s focus on “Made in America,” Japanese stakeholders also need to engage the new administration on Japan’s investment in and contribution to US manufacturing, employment, and local communities.

The Biden administration will have different priorities. In particular, issues such as climate change, diversity, inclusion, and gender and racial equality will feature more in America’s foreign policy matrix alongside the traditional focus on common interests and shared values. It is vital that Japanese stakeholders need to grasp this new dynamic in order to engage effectively. 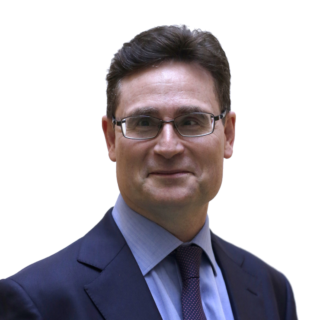 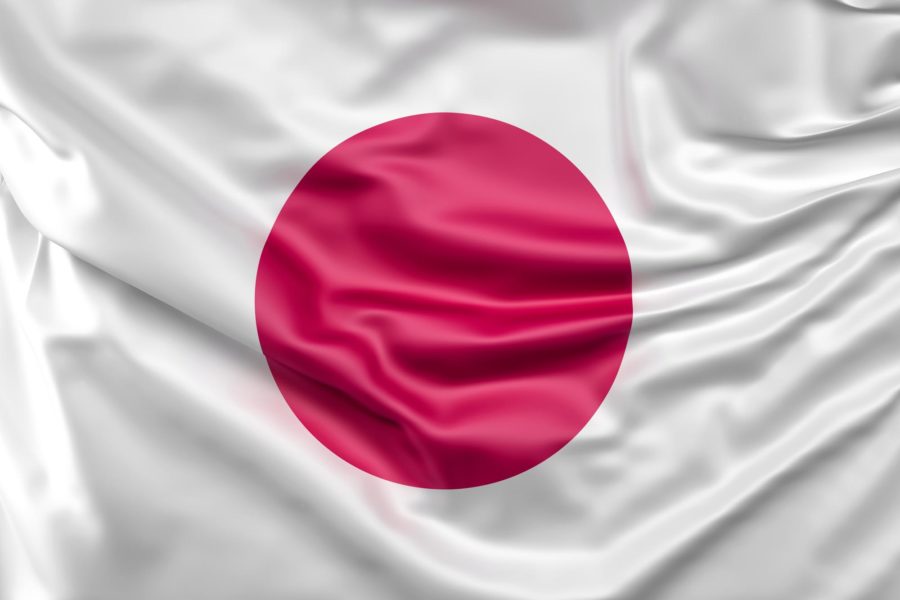