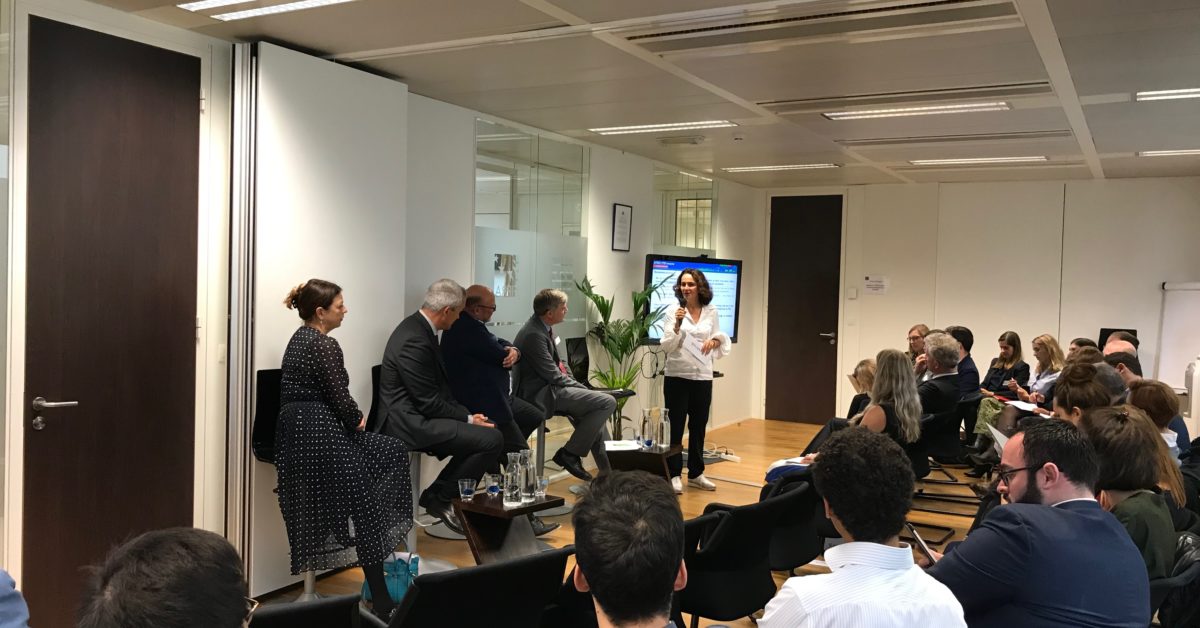 On 25 September, FIPRA held its second Digital Discussion Series event “Open Access to Data – Beyond Public Sector Information (PSI) II: what will the drive for open data, data sharing and data access mean for innovators?” The event provided an understanding of the main regulatory challenges of open data and looked at ways in which policies can better facilitate the use and re-use of data in order to bring economic and social value.  More than 30 representatives from EU institutions, businesses, and trade associations attended the discussion moderated by FIPRA’s Chairman & Partner, Robert Madelin.

Yvo Volman, Head of the Data Policy and Innovation unit at the Directorate-General Communication Networks, Content and Technology (DG CNECT) of the European Commission kicked off the discussion, recalling the importance data has gained at the highest political level. The data economy has a great potential not just for the value it can generate in itself, but also for acting as a facilitator across sectors: it could help reduce energy use by 16%, tackle road fatalities by 5.5%, and save up to 7,000 lives. The Commission, while reviewing the PSI directive, has considered two streams for private sector data: i) the use of public sector data for public good (Business to Government (B2G) data sharing; ii) data sharing among companies (Business to Business (B2B) data sharing). On B2G data sharing a report from the Commission Expert Group is due to be released soon, he announced, while on B2B data sharing the Commission has released non-binding guidelines, signalling that further action may be required.
“For once, Member States were much more progressive and in line with the Commission proposal (on the PSI Directive) than the European Parliament” Volman stated. Volman concluded by pointing towards the emergence of a more user-centric vision: “Wouldn’t it be good to give the user control at a more granular level to decide what happens with their data?” This aspect is central for the Finnish Presidency and is expected to be further discussed at Ministerial level in December.

Hannu Hämäläinen, Senior Advisor at the Finnish Innovation Fund SITRA brought his experience to illustrate how Finland has managed with the Findata project to open up and widen the use of social and health data from research and statistics to management, development, innovation and education.
“We were sitting in front of a golden mine” he said referring to the Finnish healthcare database, given the vast opportunities it created. Hannu concluded by stressing the importance of trust and participation for any open data policy to be successful.

“By 2020 it is said there will be more digital bits than stars in the sky…” opened Elizabeth Crossick, Head of EU Government Affairs at RELX, although the value of data lies in the ability to enrich it, extract patterns, relations from it. As a data analytics company operating across various sectors, RELX uses AI techniques such as text and data mining to help professionals work more effectively and make better decisions. The technology is so powerful that can help find a drug to treat rare diseases in days instead of months, Crossick explained referring to one of RELX’s initiatives. Crossick also suggested opening European Open Science Cloud as a way to foster data sharing. In fact, incentives to data sharing, standards, and data quality are all essential ingredients for a successful open data policy, she concluded.

Jean Coldefy, Director of the Mobility 3.0 Programme at ATEC-ITS, illustrated how public data can foster smart mobility services. He explained the peculiarities of using public sector data in the mobility sector, including the condition for use and re-use. Coldefy also talked about the risks of open data policies, and mentioned the experience of Lyon as a virtuous case of smart mobility, with a consistent set of mobility in Europe, and the most used in France (100 re-users).

Thaima Samman, Head of Digital at FIPRA International & Partner at FIPRA France, thanked the speakers and wrapped up the discussion on what she remarked to be a key issue to watch during the new EU political term.

FIPRA already has the next event in the series in the diaries and looks forward to welcoming attendees on 5 November when we sit with Claire Bury, Deputy Director General of DG CNECT to discuss the digital priorities of the new Commission.
Registrations are officially open. Click here to reserve your place for our next discussion in the series