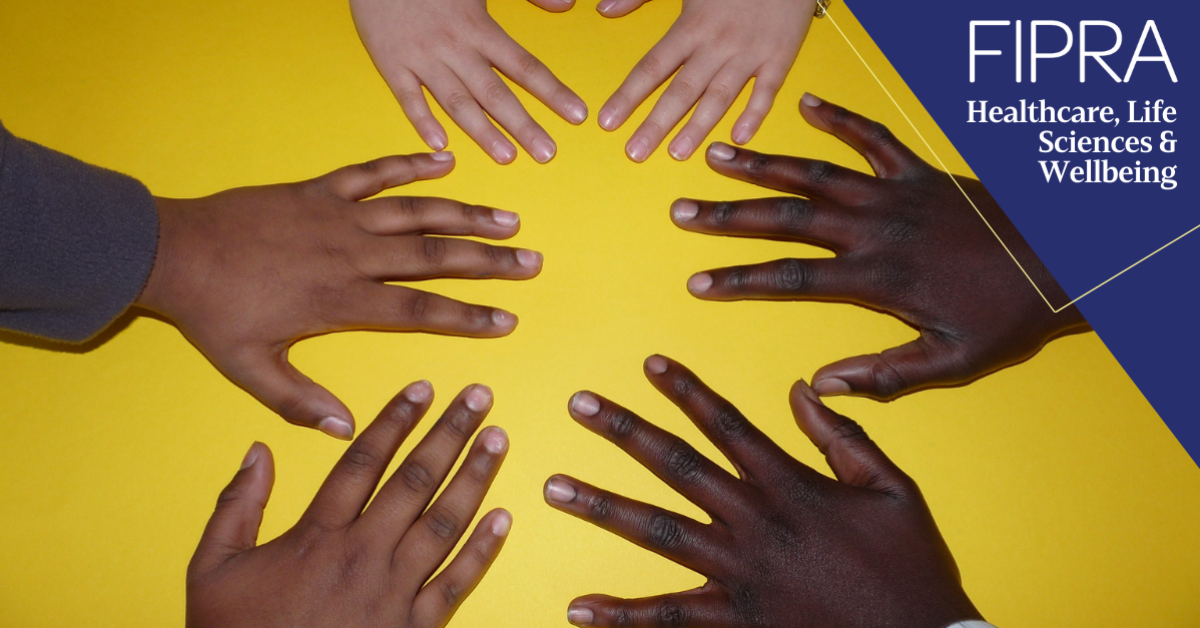 On 8 and 9 July, I had the pleasure to chair the introductory webinars of the Community Peer Networks Initiative (CPNI) – a coalition of organisations set up to drive forward new approaches and harness learnings at the national level, with a view to bringing the learnings back into the debate at the European level.

The webinars were attended by two leading academics – Dr Heidi Larson (London School of Hygiene & Tropical Medicine) and Professor Simon Forrest (Durham University) – and by a select group of European and national NGOs and government bodies who play an important role in shaping and delivering the European response to the vaccines challenge. We were also joined by Amy Walker (Biotechnology Innovation Organization) and Joe Smyser (The Public Good Projects) who shared their experience of launching a complementary initiative on the other side of the Atlantic.

The webinars were organised with the support of the global healthcare company GSK. This summary note acts as an aide-memoire for attendees and as a summary of the meetings for those who were not able to join but have an interest to become involved. The note also sets out the CPNI’s next steps and we look forward to hearing from you and how it can complement your own initiatives.

Evidence suggests that peer networks are increasingly impactful on individual decision-making on public health interventions, such as vaccination.

As Dr. Heidi Larson, Professor of Anthropology at the London School of Hygiene & Tropical Medicine (LSHTM) and Director of The Vaccine Confidence Project explained, the COVID-19 experience has created strong sentiments, and “we will need our peer networks more than ever to mitigate the uncertainty, particularly with governments not always aligning and having uncertain information.”

But who are the community peer influencers? “When there is confusion coming from above, we turn to mayors, governors, local peers”, said Dr Larson. Simon Forrest, Professor in the Department of Sociology at Durham University, highlighted the role of “women as movers and shakers in our professional health systems and networks” in terms of them often being primary caregivers in relation to children and elders, but also in relation to other women, their friends, their colleagues and their relation to men. As Emilie Karafilliakis – Senior Researcher for The Vaccine Confidence Project – pointed out, we should not be too narrow when examining women in their role as key decision-makers as it depends on the context that they live in and what they have been influenced by, past and present.

Participants agreed that it is increasingly important to assess how matters relating to health, such as vaccines, are discussed within community networks. The question remains: how do peer networks/peer influencers operate in community settings and how can they be supported to make positive decisions relating to health matters such as vaccines uptake?

Examples of international practice on issue definition and effective practice

Amy Walker, Senior Manager for Infectious Disease Policy at the Biotechnology Innovation Organization (BIO), outlined some of the lessons learned following the launch in June 2018 of the Infectious Disease Prevention Network (IDPN) which is focused on strengthening pro-vaccine coalitions and organizations at the US state level. “We want to augment the capacity and capability of these organizations, to be able to grow grassroots networks and activate those advocates to stand in support of vaccines during legislative and regulatory fights at the state level.”

The project is supported by The Public Good Projects (PGP), which acts as the “content engine” and ensures national and state stakeholders on the ground have what is needed to educate legislators, based on data analytics tools. Amy concluded that IDPN’s efforts have shown that we can counter the anti-vaccine community through better messaging and use of technology. The audience segmentation, providing advocates with talking points and data to complement their personal stories and fostering greater connectivity among pro-vaccine organizations has proven to be successful, even during this COVID-19 pandemic.

Joe Smyser, CEO of the Public Good Projects, shared some of the case studies on how to identify and connect with peer influencers, one of them being the Kaiser Permanente campaign which is heavily based on peer networks and a collective impact model. This example has shown that “community-based organisations and influential individuals in communities are the messengers, and tailor data and facts for the communities that they are influential within.” That is often an emotional appeal, more so than a fact based, more traditional public health approach to messaging. Joe also shared an analysis of a case study based on a New Jersey state bill that was defeated by vaccines opponents, which illustrated the importance for pro-vaccines organisations to engage with stakeholders outside of the healthcare sector, as well as with journalists, to ensure that the debate is balanced and pro-vaccines messages are shared with the wider public.

As a coalition of public institutions, NGOs and industry partners, the Community Peer Networks Initiative (CPNI) will support the assessment of the challenges and the co-creation of potential solutions. It aims to establish six projects in six European countries over a three-year period (2020-2023), with two projects taking place each year. These projects will develop learnings on the nature and operation of peer networks and peer influencers with the aim of developing scalable and transferable learnings that will be shared nationally, regionally and internationally so as to be of as much benefit as possible. The project will likely be piloted in the United Kingdom and Germany, where the methodology will be tested before it is rolled out to other countries.

GSK has committed seed funding for the CPNI, with the aim of bringing other funders and knowledge partners on board.

Stakeholders representing public health organizations, healthcare professionals, patient organizations, civil society representatives, and policy-makers noted their support for the initiative. Participants emphasized the need for the initiative to be pragmatic, embracing positive health literacy and not solely focused on vaccines. Participation should be inclusive,  diverse, and multisectoral, avoiding the risk of increasing polarisation on health matters. The initiative should work with influencers beyond those active in social media networks – those who are trusted and active in their community. Ensuring complementarity with current initiatives will be important in taking the CPNI agenda forwards.

The Secretariat will be in touch with you to consider the contribution you could make and how to best take the initiative forward. The proposed membership of the European Oversight Board will be determined and terms of reference and guidelines will be drafted to ensure the sound governance of the initiative.

A first meeting of the European Oversight Board is foreseen in early October 2020. The launch event of the CPNI will be planned for late November and I already very much look forward to it.

At a later stage, potential contributors will also be approached, including those outside the health sector. Further to this, national programmes will be scoped out and operational groups will be established with a view to roll-out national programmes (starting with the UK and Germany) in 2021. We look forward to remaining in touch and taking this initiative forward together.

We work across a diverse range of issues including access to medicines, inter-sectoral collaboration, and value-based healthcare. We equally provide solutions around public health, health and wellbeing, digital health, and global health. Learn more about us HERE.