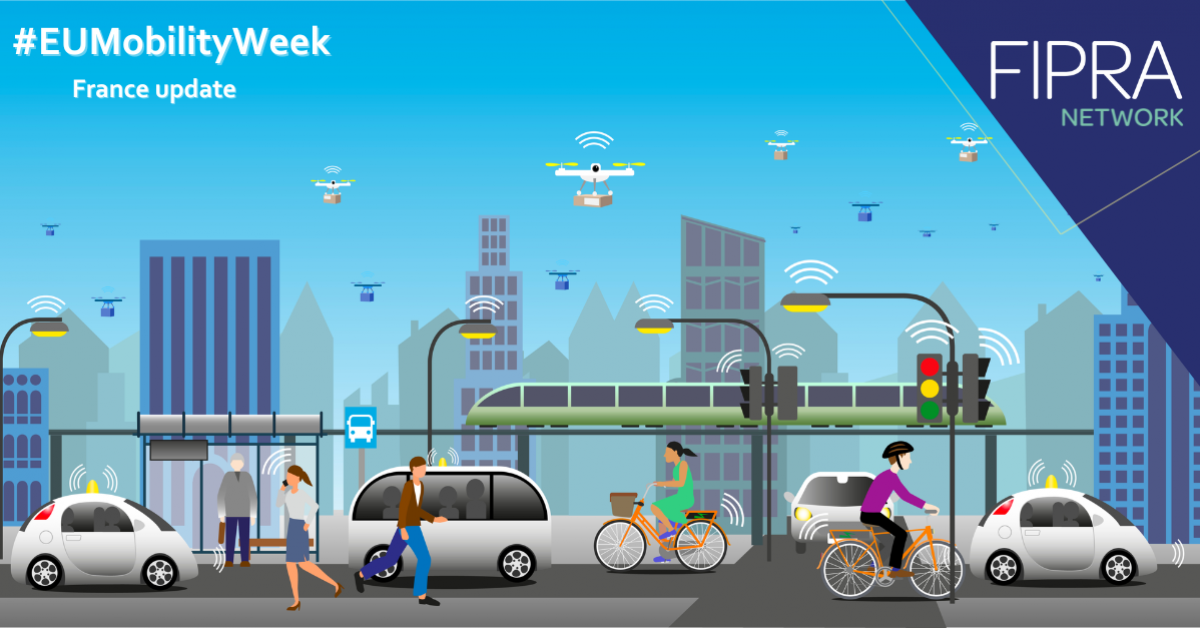 The energy and climate crises have significantly impacted the transport sector, the leading emitter of greenhouse gases, responsible for 31% of total emissions[1] in 2019, with private cars[2] accounting for 51% of that figure in France.

The objective of the French public authorities today is to reshape the entire sector through the lens of the energy transition, so as to reduce the use of the most polluting modes of transport and encourage the emergence or consolidation of the most sustainable sectors.

Combined with the increase in the price of fossil fuels, these issues have virtually dominated the political debate after the end of the summer recess in France.

In the same way as other sectors of the economy, the transport sector should be subject to energy sobriety and renewable energy targets. The arrangements for the implementation of these targets will be specified in the coming months through a climate-energy law or the new multiannual energy programming law.

Today, the public authorities are taking a close interest in rail transport, especially, but not only, in the context of the ecological and energy transition. This mode of transport is also experiencing a continuous increase in passenger numbers.

In 2019, rail as a share of total domestic passenger transport accounted for 11.4%, up 5.1%. The number of passengers carried by rail totaled 1.88 billion,[3] for 99 billion passenger-km travelled. At the end of July, the SNCF, the French public transport operator, reported that it had posted a net profit of €928 million for Q1-Q2 2022.

The main focus of the SNCF is on modernizing and maintaining a network which, while well-developed across the country, is ageing. The SNCF’s CEO estimated its financing needs at €100 billion over the next 15 years.

The objective of the French public authorities today is to reshape the entire sector through the lens of the energy transition, so as to reduce the use of the most polluting modes of transport and encourage the emergence or consolidation of the most sustainable sectors.

The other major rail topic in France is that of opening up to competition. While complying with the implementation deadlines under EU law, France is among the last countries to implement this liberalization: on high-speed lines, there is only one foreign operator, Trenitalia, while on regional lines, so far only Transdev has been selected to operate routes within the PACA (Provence-Alpes-Côte d’Azur) region, as of 2025.

From 2023, French regions will be required to competitively tender rail contracts upon the expiration of the contract underway.

While 62.8% of all trips made in France between 2008 and 2019 were made by car, the automotive industry has been relatively slow in re-gearing its business around hybrid and electric vehicles. This slow pace is in large part due to inertia in the car replacement market, with the average age of the vehicle fleet being 11 years in 2022.[4] As on January 1st, 2022, electric cars accounted for just 1% of the total fleet, while a possible ban by 2035 on the sale of new cars with internal combustion engines is taking shape at European level.

The automotive sector may undergo change with the authorization, as of September 1st, of “level 3” autonomous driving, or conditional automation[5] (making France the 2nd country in Europe after Germany to allow level 3 cars).Several experiments with autonomous shuttles are underway throughout the country, particularly in rural areas.

New modes of urban transport continue to be on the rise, foremost among them are bicycles, the daily use of which has been encouraged by the recent development of many cycle lanes. Financial incentives have been offered by local authorities and the State for bike purchases.

In contrast, the use of electric scooters has been stagnating since 2019, due, in particular, to a stricter regulatory framework, at both the national and local levels due to it involving a partially overlapping competence.[6] Insurance is now mandatory, as is the use of cycle lanes, while the rules on where electric scooters can be parked have become stricter.

In the wake of the framework law on mobility,[7] public-private collaborative initiatives focusing on open data in smart mobility have been undertaken in major cities and metropolitan areas, such as in the Parisian suburb of Issy-les-Moulineaux, Nice and metropolitan Montpellier. Big Data-driven initiatives to reduce traffic congestion for example, or to manage available spaces in parking lots using sensor technology or to adjust the brightness of street lighting depending on traffic conditions, have been implemented in many cities.