The European Commission Digital single market plan for the next 5 years: an A-to-Z with Claire Bury, Deputy Director General at DG CNECT. 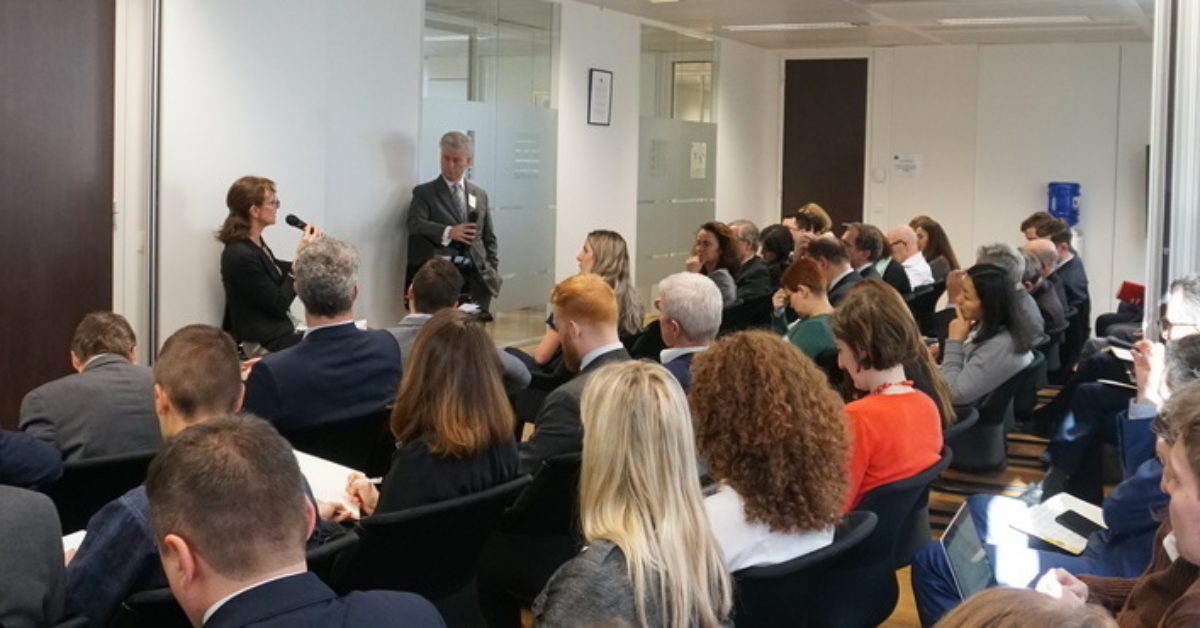 On 21 January, FIPRA Digital held the third event in its Digital Discussion Series ‘A Union that strives for more – Digital Priorities and the new Commission’s power structure’, discussing the new Commission’s digital agenda, and what it means for businesses with  Claire Bury, Deputy Director General at the Directorate-General Communication Networks, Content and Technology (DG CNECT). More than 60 attendees from the European institutions, associations and businesses alike joined for the opportunity to exchange views on a wide range of topics which are likely to be debated over the coming weeks and months.

“Although the chefs, the menu, and some of the ingredients are known, we are not sure about the actual recipes yet” opened Claire Bury, indicating she could not speculate about the details of future Commission initiatives.  According to Bury, the Commission’s digital policy is likely to be human centric, taking account of societal interests, but also with a strong component aimed at prosperity and competitiveness.

Some aspects are known: there will be the need to embed technology into the EU’s sustainability framework (optimising the energy efficiency of data centres, the recycling of IT equipment, etc.). Bury also stressed that the EU needs to exert its leadership beyond the regulatory sphere, by focusing on building up technological capacity in critical areas such as A.I., high-performance computing, quantum and blockchain.

Bury recalled that the fundamental rights angle will continue to inform the work on Artificial Intelligence (AI): the guidelines prepared by the High-Level Expert Group are now being tested, and that will constitute “very relevant evidence for the Commission of how they may work in practice”. The Commission is expected to publish a White Paper on AI in February. At the same time, the Commissioner Breton will be working on a Data strategy, primarily aimed at facilitating data sharing and pooling in different sectors (e.g. health, transport) as well as horizontally across sectors.

On platforms, Bury indicated that there’s a clear political will to update the rules of the eCommerce directive and to address the issue of responsibility more comprehensively (in addition to what already done on Copyright), while improving the enforcement of these rules.

Bury also touched upon competition issues stating that, although the Platform to Business regulation has increased transparency in a business to business context, the persistent issue of (lack of) contestability of markets may require some ex ante regulation.

Bury concluded by pointing to the international dimension of digital policy, stressing that the EU should play a more assertive and proactive role primarily through diplomacy, the use of regulatory power, and financial instruments.

The exchange that followed with the audience – moderated by FIPRA Chairman, Robert Madelin – covered a more comprehensive range of issues, highlighting many of the themes that are likely to feature in the upcoming Commission’s work, including: the better regulation ‘one-in-one-out’ principle, data portability, but also pending and more controversial initiatives such as the e-Privacy Regulation.

Thaima Samman, head of the FIPRA digital practice, introduced the discussion and concluded with the announcement of the next FIPRA Brussels series that will address the more important European digital policy issues.