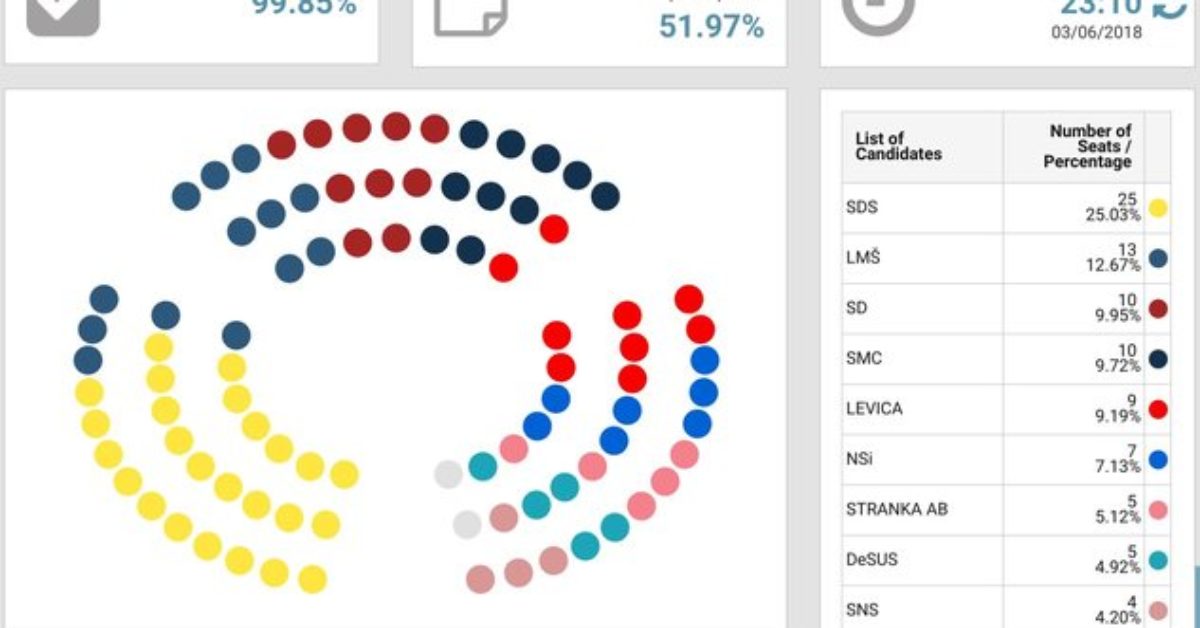 The Parliamentary elections took place in Slovenia on 3 June 2018. Our colleagues in Fipra Slovenia shared the following report on the results.

The winner of the eighth Slovenian parliamentary elections is anti-immigrant Slovenian Democratic Party, followed by List of Marjan Šarec – a comedian turned Mayor. Social Democrats are coming third with almost ten percent. Modern Centre Party of the former PM Miro Cerar ended fourth, followed by Levica, NSi and DeSUS. The parliamentary threshold was crossed by nine parties, including the SNS a SAB.

Janša will find it difficult to create a government

The President gives a mandate to form a government either to the leader of the party that has won the most votes at the elections, or to the leader of one of the other parties, so he or she can form a coalition with majority (90 seats)  in the Parliament.

After Sunday, it will be most probably Janez Janša, leader of the SDS, who will be appointed to form his third cabinet. Given that any possible coalition with SDS was rejected by LMŠ, SD, Levica, SMC, DeSUS and SAB, Janša will have a very difficult job. The SDS, together with the NSi and the SNS, who have not explicitly rejected the coalition with Janša, have according to the results altogether 36 deputies, therefore, Janša needs support of at least ten more.

Janša had to resign on his post of PM five years ago after a corruption scandal but he has made a comeback, partly thanks to a strong rhetoric on immigration. The right-wing leader, has formed a close partnership with Hungarian leader Viktor Orban, and he has vowed to defend the “Schengen border of Europe”.