#FederalElections21: Germany at a turning point 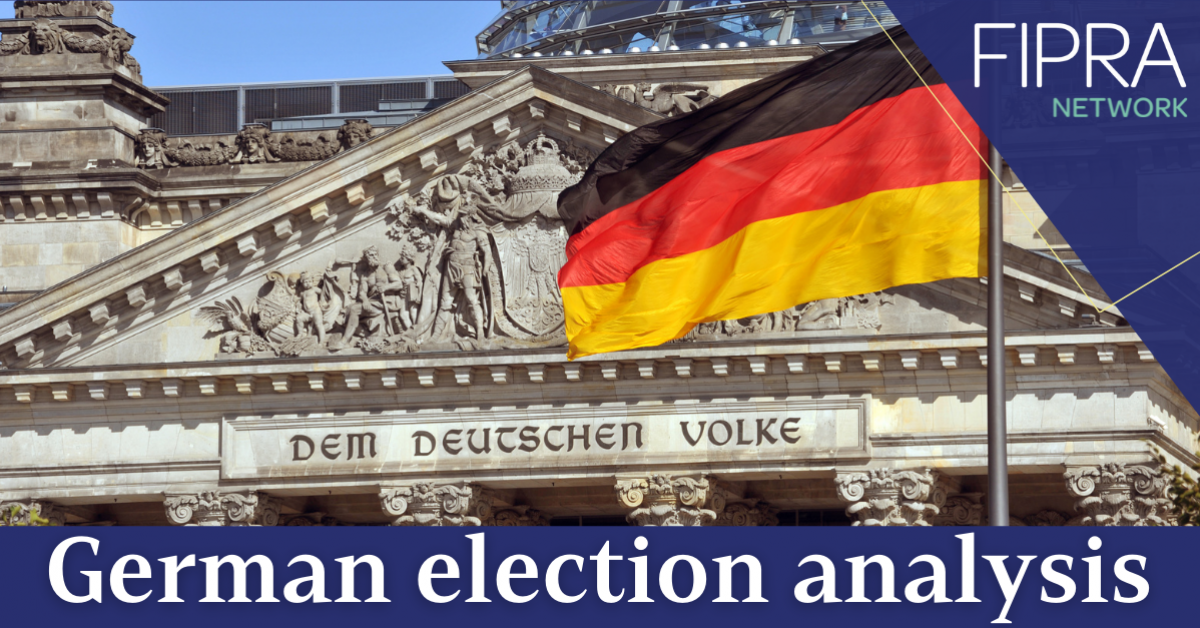 On Sunday, 26 September, elections for the Bundestag took place in Germany. The election results constituted a substantial historic defeat for the governing Conservatives (CDU/CSU). At the dawn of the 16 years long era of Chancellor Angela Merkel (CDU), Germany now finds itself at a turning point.

For the first time, it is highly likely that the Federal Government will encompass up to three parties. Although the Social Democrats emerged as winners from the election, due to the narrow results and several possible coalition options, it remains currently unclear whether Olaf Scholz (Social Democrats) or Armin Laschet (Conservatives) will be the next Federal Chancellor. At the same time, the formation of the new government will be rather complex and could take some time.

The election results display a substantial loss for the Conservatives, losing 8.9 percentage points compared to the 2017 elections and coming in with the worst result the party has ever seen at a Federal Election. Their bad performance can mainly be traced back to disunity and internal power struggles in the party, several scandals surrounding conservative policymakers and public mistakes by chancellor candidate Armin Laschet throughout the election campaign.

The Social Democrats on the other hand managed to improve their results in comparison to the last Federal Elections by winning 5.2 percentage points and celebrated a remarkable comeback after having been all-but written off until just a few months ago. Commentators argue that their candidate Olaf Scholz managed to gain ground by representing stability and continuity, serving as Vice- Chancellor and Federal Finance Minister of Angela Merkel’s current government, which ultimately convinced 1.5 million conservative voters to put their cross by the Social Democrats this time.

Furthermore, the Social Democrats, which had become notoriously famous for their party infighting in the last years, stood firmly behind their candidate this time and demonstrated unity throughout the whole election campaign, as opposed to the Conservatives.

The Greens achieved their best result in a Federal Election so far, almost doubling it compared to the last elections in 2017. Nevertheless, the party still underperformed and came in third after ranking first in some polls in spring. The Liberals (FDP) and the right-wing AfD retained almost the same position as in the last elections. The hard-left Linke party suffered significant losses (-4.3%) and just made it into the Bundestag thanks to three direct mandates.

Due to the narrow results and the necessity to involve up to three parties in the coalition talks, we expect the negotiations to last at least until the end of 2021. The process of forming a new government might also be delayed as the Greens and possibly the Social Democrats will likely run a general vote among their members to greenlight a potential coalition agreement.

One of the key outcomes of this election is that in Germany the era of the strong people‘s parties and solid two-party alliances has come to an end. The political system has become more fragmentized with the necessary involvement of at least three parties to form a majority for a future government. Not only will the search for compromise and political decision-making be even more complex and exhausting, it will also present a challenge to the next government’s stability.

The elections have also seen a weakening of the political fringes, however there are some notable differences between the left and the right: Although the AfD has lost some votes (-2.3%) and the status of biggest opposition party in the Bundestag, the results still give proof to the party’s definitive establishment in the political system and that it can rely on a stable core electorate. The party scored especially in the Eastern federal states and even became the strongest party in Thuringia and Saxony

The hard-left Linke party, on the other hand has suffered massive losses which can be interpreted as the voters’ clear rejection of a center-left government of SPD, Greens and Left, that had been favored by the Left and more leftist parts of the Social Democrats, but would not find a majority in the Bundestag.

The election also showed the current trend of the “personalization” of politics: In this election campaign the political parties as well as their party programmes almost completely disappeared in the background of candidates and their individual performances. As much as the SPD‘s comeback can be connected to Olaf Scholz’ strength, the CDU’s failure is related to Armin Laschet’s mistakes during the election campaign and his inability to stand up to Merkel’s popularity.

Greens and Liberals as kingmakers

The election presents a political stalemate, as has already become apparent at the end of this rather unusual election campaign. Unlike elsewhere in Europe, the winning party doesn’t need a mandate from the head of state to attempt to form a government, but it’s up to the parties to negotiate a coalition. Both Olaf Scholz and Armin Laschet have already raised claims to form the next government. Despite his crushing defeat, Laschet is still trying to rescue himself by pushing for a coalition with the Liberals and the Greens.

However, while he has survived first internal power struggles, his ability to further hold on to power is uncertain: Entering negotiations with the Greens in a weakened position is not a favored option by many in the party. Plus, several party officials have called for Laschet to assume responsibility for the poor election results and resign as party leader. Thus, personnel changes at the party’s leadership to enter a new post-Merkel era remain a likely option.

The election results would allow for a SPD-led ‘Traffic Light Coalition’ as well as a CDU-led ‘Jamaica Coalition’ in which both Liberals and Greens would serve as junior partners. The option of relaunching the Grand Coalition, although mathematically possible, does not seem very likely. After eight years, both partners have already signaled that they no longer want to continue their forced partnership, in which the Conservatives certainly don’t have any interest serving as a junior partner to the Social Democrats. However, it is an option not to be completely wiped off the table yet, since from a strategic power perspective both parties may use it as leverage in their negotiations with the Liberals and Greens.

The coming days and weeks will show which alternative turns out the most viable. What has become clear so far is, that the power to decide on the final composition of the Federal Government will lie with the Greens and the Liberals. Aware of their power momentum, both parties have started bilateral talks to analyze programmatic overlaps, explore potential compromises and most of all strengthen their negotiation positions, before talking to the Social Democrats or Conservatives, which presents a political novum. While the preferred coalition partners have naturally been the Conservatives for the FDP and the Social Democrats for the Greens, neither of their party leaders have ruled out the opposite option.

In the end, it will come down to what party delivers the most compelling offer to both the Liberals and the Greens and convince them to enter into a coalition with them. In exchange for their backing, they’ll both seek key government jobs and strategically negotiate several crunch points from their party programmes like measures to tackle climate change, taxation, social policy and restarting the economy after the pandemic.

The possible involvement of the Greens and the Liberals in the next government could bring some interesting outcomes for Germany’s political future, which will however also depend on how both parties strategically play out their preferences and prevail in the negotiations. Both Liberal party leader, Christian Lindner, and Green party leader, Robert Habeck, have already expressed their interest in the Finance Ministry, which is among the most powerful ministries in Germany – also on international level given Germany’s influence on European fiscal and monetary policy.

However, in a Traffic Light Coalition, the Greens could grant the Liberals the Finance Ministry in exchange for their long-wanted powerful Climate Ministry with combined responsibilities for environmental, economic and energy policy. In this case, a future German government will likely be pushing even more actively for a more ambitioned climate legislation and stronger regulation in this field.

Due to the narrow results and the necessity to involve up to three parties in the coalition talks, we expect the negotiations to last at least until the end of 2021. The process of forming a new government might also be delayed as the Greens and possibly the Social Democrats will likely run a general vote among their members to greenlight a potential coalition agreement.

For the time being, the current government under Angela Merkel will remain in office as a caretaker for official duties. However, it is a constitutional tradition that a caretake government refrains from initiating any far-reaching legislative projects. Also on European level, months of coalition talks could delay important EU dossiers on issues such as climate and digital policies. The following weeks and months will provide for more clarity and show the extent to which the election results will impact and change the German political landscape – nationally and globally.

Miller & Meier Consulting is among the largest owner-operated agencies for strategy and lobbying in Germany founded in 1997 by Dominik Meier and Constanze Miller. Miller & Meier offers its clients strategic political consulting based on the Lobbying Leadership approach in various fields such as health and digital technology, infrastructure and mobility, finance, and consumer goods 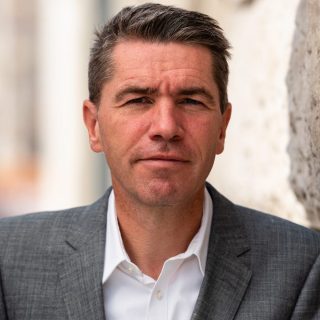 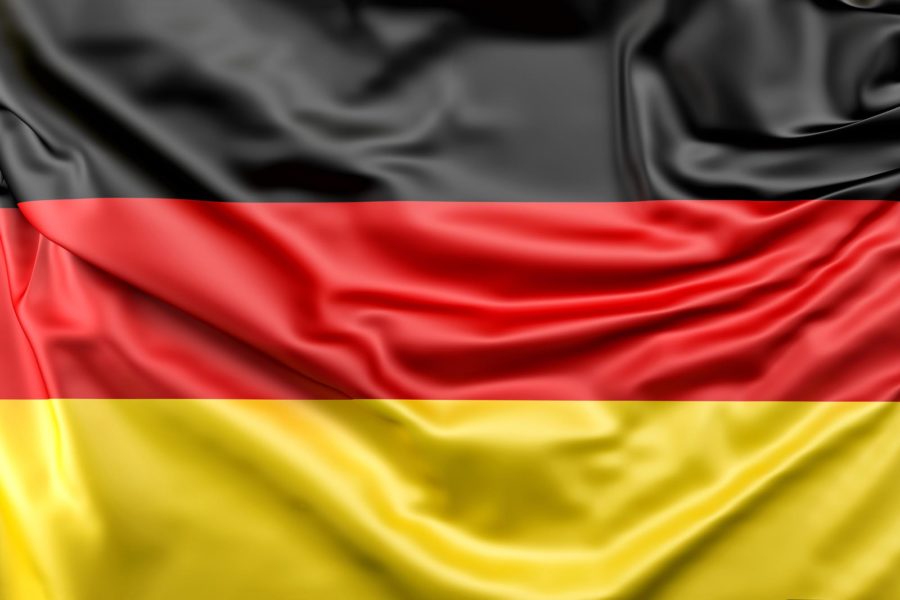