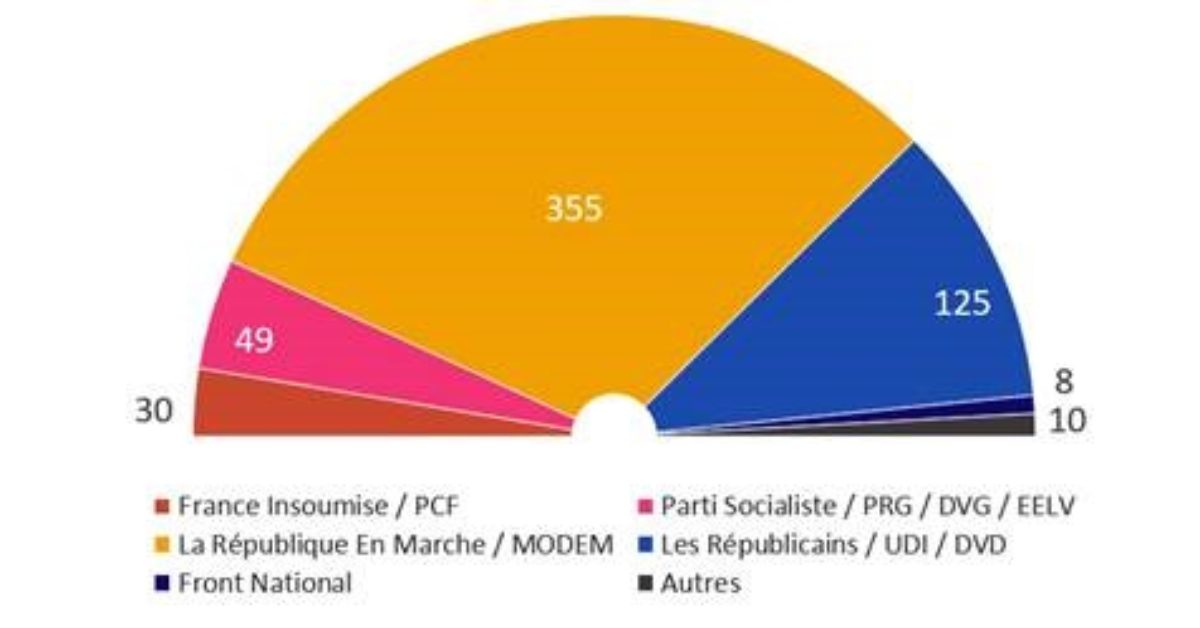 Our colleagues in Fipra France shared a quick snapshot of the final results of the French Parliamentary elections that took place on Sunday June 18th. Please note that the results are still not fully stabilized.

Estimated number of seats obtained by each party (majority = 289 seats):