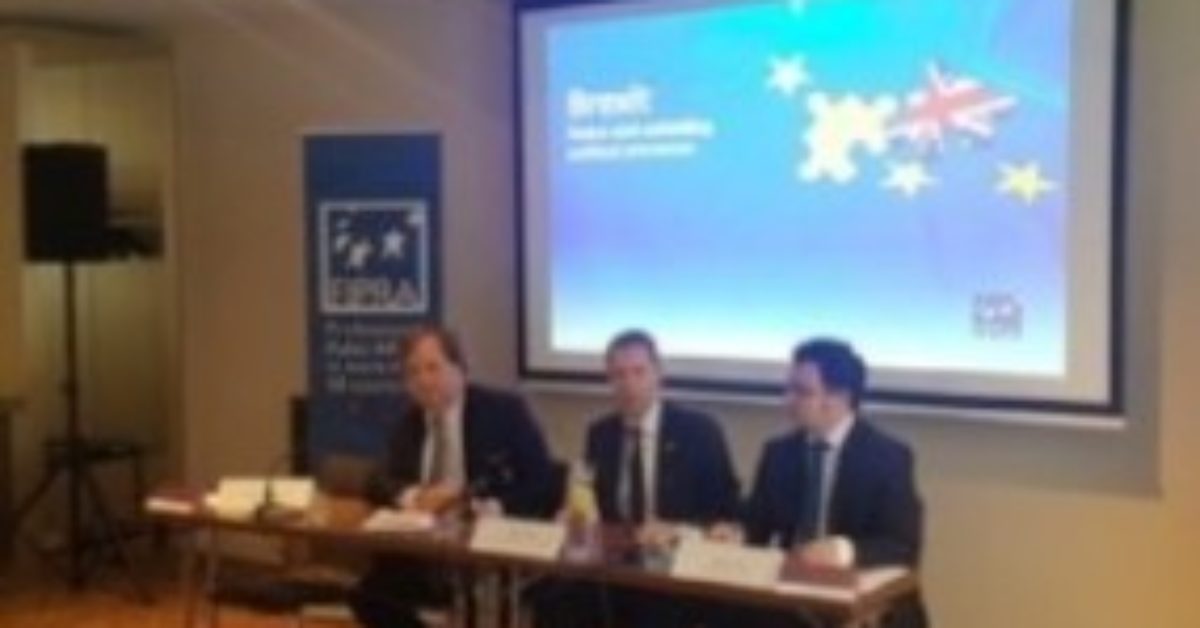 Fipra Slovakia in cooperation with the UK Embassy in Bratislava organized a very successful roundtable on Brexit: “What is at stake for Slovakia?”  It brought together respected business leaders in Slovakia to discuss both potential positive and negative economic consequences of the UK´s withdrawal from the EU, for the country. The event launched a broader public debate on Brexit in Slovakia and was picked up by all major media in the country as a FIPRA event. The event was opened and moderated by Chairman of the FIPRA Network – Peter-Carlo Lehrell, who provided participants with a comprehensive overview of the current state of Brexit negotiations and of possible scenarios. He was followed by British Ambassador to Slovakia – Andrew Garth, who re-assured participants about the UK’s commitment to “tariff-free and bureaucracy-light trade” and stressed the need to apply a principle: Business and People first and Process second. The impact of hard Brexit would disrupt mutual cooperation in many areas and detailed sectors were discussed. The roundtable confirmed the economic importance of Brexit for Slovakia and raised awareness among both the business community and the public. The event was concluded with a joint press conference with the UK Ambassador, renowned economist Vladimir Vano and Peter-Carlo Lehrell. For more information please contact Patrick Zolvany.