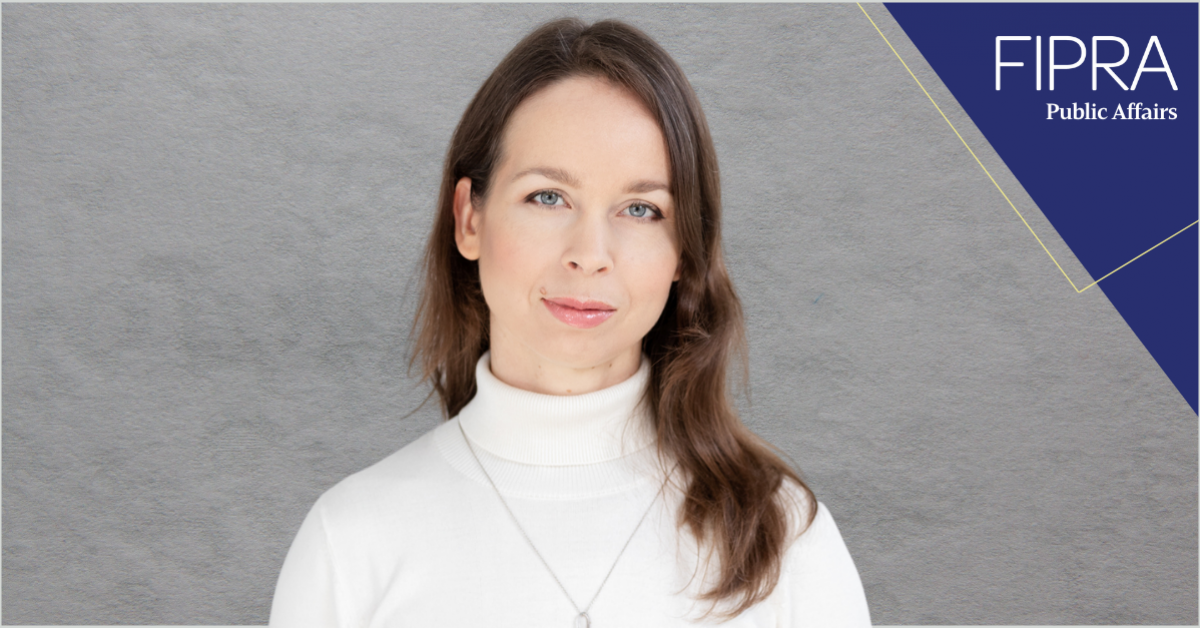 We are pleased to announce that Eve Tamme has joined FIPRA as a Special Advisor on Climate and Carbon issues.

Eve joins FIPRA with over 17 years of experience in working on climate policy, where she led the Climate Department in Estonian national administration, advised on climate policy in Directorate-General for Climate Action (DG CLIMA) in the European Commission, served as a diplomat at the Estonian Permanent Representation to the European Union (EU), and shaped international climate policy engagement at the Global Carbon Capture and Storage (CCS) Institute.

I am pleased to advise FIPRA on climate policy. It is time to deliver on ambitious climate targets and one of the challenging tasks ahead is to translate these to meaningful policy tools under the European Green Deal and the Paris Agreement.

Eve started her career in 2004 by building and leading the Climate Department Estonian national administration, implementing the EU Emission Trading System (ETS), running an international carbon offsetting program  under the Kyoto Protocol, and being responsible for national reporting on climate policies and greenhouse gas emissions.

In 2011, she joined  DG CLIMA in the European Commission, where she continued working on international negotiations under the United Nations Framework Convention on Climate Change (UNFCCC). Her tasks also included outreach to third countries to share the learnings of the EU ETS and implementation of several legislative changes to the EU ETS in the aviation sector.

For  the first Estonian presidency of the Council of the EU in 2017, she joined the  Estonian Permanent Representation to the EU as the Counsellor for Climate Change, Sustainability and Environmental Affairs, where she successfully led negotiations between the Council, Parliament and the Commission on the aviation sector under the EU ETS and on the Waste/Circular Economy Package. Outside the six-month Presidency, she also represented Estonia in negotiations on a vast range of topics such as  CO2 standards for cars and vans, sustainable finance taxonomy and circular economy initiatives.

In 2019, Eve joined an international think tank, the Global CCS Institute, as a Senior Advisor on International Climate Change Policy. During her years at the Institute, she led the work on the EU and international climate policy, including the UNFCCC and its related bodies.

In Europe her main focus has been the European Green Deal, while on the international side she has engaged in the UNFCCC process (Paris Agreement, carbon markets, transparency, technology transfer and financial mechanism). She has also served as an expert reviewer of the Working Group 3 (Climate Change Mitigation) contribution to the Intergovernmental Panel on Climate Change (IPCC) 6th Assessment Report.

Eve holds a Master of Science in Environmental Engineering from TalTech University and likes to divide her time between Brussels, Tallinn, and Lisbon.

FIPRA advises organisations making a green transition, helping firms redefine themselves and adapt their business strategies in sync with the inevitable transformation underway on a European and global scale. Find out more here.