Foreign Direct Investment into the EU: how to survive multiple notifications and live to tell the tale 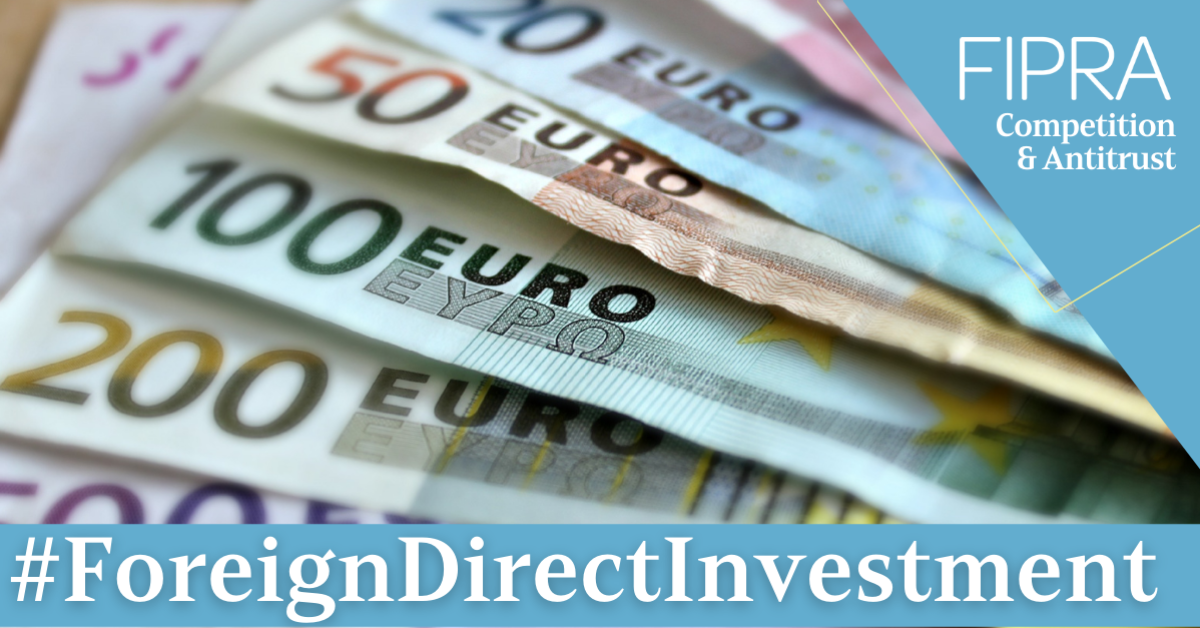 Multilateralism, trade conflicts, the current protectionist trend, and ultimately the EU sovereignty concept have all fed the political landscape and resulted in the increased relevance of the scrutiny of Foreign Direct Investments in the EU.

Foreign Direct Investment (FDI) has long been an important part of the overall economy of the European Union. In general, the EU and its Member States continue to welcome “friendly” investment into their economies and their companies by corporate entities from outside the EU, with such investment being a major source of growth and jobs.

In some cases, however, foreign investments may represent a risk for security or public order in EU Member States or in the EU as a whole. In recent years, there have been concerns that some acquisitions which have taken place or been attempted in more sensitive areas of the European economy raise issues of national security – and that an improved mechanism needs to be in place to screen any such investments, prior to their being able to proceed.

Ultimately, control over FDI on national security grounds remains at national level – and some EU Member States have stronger and more widespread controls over this than do others – but all EU Member States are now required by EU law to have a screening process in place for FDI in sensitive sectors and to share information on any such acquisitions with the European Commission.

In theory, the new rules are non-discriminatory and apply to all FDI in sensitive sectors from outside the EU; in practice, investments in sensitive sectors being made by corporate entities based in certain countries, particularly where directly or indirectly under State control, are more likely to be examined than others.

In theory, the new rules are non-discriminatory and apply to all FDI in sensitive sectors from outside the EU. In practice, investments in sensitive sectors being made by corporate entities based in certain countries, particularly where directly or indirectly under State control, are more likely to be examined than others.

Since April 2019, the European Commission has been working on an umbrella guideline to set the rules of the game. The FDI Screening Regulation (Regulation 2019/452), as formally proposed by the Commission last year, has become fully operational across the EU as of October 2020 and establishes an EU-wide framework where the Commission and the EU Member States can coordinate their actions on foreign investments. These mechanisms are legislated and enforced at a Member State level. ​

The Regulation is meant to control non-EU foreign entities making direct investments in EU national companies or assets (including indirect or portfolio investments). It may even affect EU operators, such as when an in-between entity in the control chain is a non-EU based foreign entity.

While justified on national security and public interest considerations, this initiative started as an assertive instrument to enhance the EU’s sovereignty over sensitive or critical business sectors and to prevent certain foreign powers meddling in the European scene. In the words of the President of the European Council, Charles Michel: “Europe needs to be a player, not a playing field.”

The FDI Screening Regulation provides an indicative list of factors to help EU Member States and the European Commission determine whether an investment is likely to affect security or public order. That list includes the effects of the investment on:

In response to the Covid19 pandemic, the European Commission has also encouraged EU Member States to tighten their foreign investment rules through a blend of policy measures and an exercise of its role under the FDI Screening Regulation. In March this year, the Commission issued a Guidance Paper addressing potential takeovers by non-EU investors of European companies and assets in “strategic industries” during the pandemic, saying that these should be subject to particularly careful assessment and prompting Member States to launch FDI screenings, capital controls, and other options to protect European businesses, infrastructure, or technologies of strategic importance from foreign takeovers.

It is a combination of this raising the concept of EU sovereignty, which adds to growing trade conflicts, the current protectionist trend, and even the lack of reciprocity when it has come to the Covid19 response, that turns the FDI mechanism into a more relevant tool. Each Member State can now block an investment being made in its territory under what are generally very vague ideas of what can be deemed as a threat to the national security or public interest in each country. There is therefore a huge amount of power in the hands of each EU government, and the thinking process behind all decisions remains a black box for everyone.

Sharing of information and final decision

The new FDI framework introduced in October brought new requirements into the mix, with additional stakeholders and more layers to the regulatory procedures:

As regards the sharing of information, according to Articles 6(1) and 9(2) of the Regulation, Member States shall notify the Commission and the other Member States of any FDI in their territory that is undergoing screening, indicating whether it considers that the FDI undergoing screening is likely to fall within the scope of the Regulation. Such information should include:

Furthermore, if a Member State considers that an FDI undergoing screening in another Member State is likely to affect its own security or public order, or has relevant information, it may provide comments to the Member State undertaking the screening.

Ultimately, all the opinions mentioned above are non-binding. It is the affected Member State(s) who hold(s) the power to block an FDI taking place in its territory – even if they have to explain in detail why they might not be following the Commission’s opinion. Only time will tell how this sharing of information will be applied.

It is the affected Member State(s) who hold(s) the power to block an FDI taking place in its territory – even if they have to explain in detail why they might not be following the Commission’s opinion. Only time will tell how this sharing of information will be applied.

All EU Member States are required by the terms of the EU Regulation to have an FDI screening mechanism in place. Some Member States have no plans to go beyond this; however, 15 of the 27 EU Member States also have national legislation in place that sets out their powers to intervene in non-EU FDI in certain sectors.

The details vary, but those EU Member States which have additional measures in place are:

A full list of the measures in place for those EU Member States which have adopted additional legislation is kept updated by the European Commission and can be found here.

In addition, the UK, although no longer an EU Member State, has recently introduced new legislation of its own in the form of the National Security & Investment Bill.

What does it mean in practice?

In practice, this means that investors seeking to acquire EU companies or assets in sensitive sectors may be required to make parallel regulatory filings, both at an FDI and competition level. Parallel filings may also be required at a jurisdictional level, for example if an acquisition requires notification for FDI screening purposes at national level but is of sufficient size to require notification to the European Commission to assess the effect on competition under the terms of the EU Merger Regulation (in force since 1990).

Some of the crucial questions one might encounter in the notifications period are whether the Member State has national legislation in place over and above the basic FDI screening required under the EU Regulation. If none exists, one must also bear in mind the question of whether additional FDI legislation is currently being discussed in the executive or legislative branches of said country.

How the FIPRA Network can help

The FIPRA Network is a global collective of owner-operated, independent public affairs consultancies providing high-level, expert advice on complex political, policy and regulatory issues in more than 50 countries. Working together, we offer investors a one-stop-shop for all competition and FDI notifications that may need to be made to regulatory authorities in each Member State.

Filing obligations are so substantial and diverse that FDI has become crucial when considering an M&A transaction entailing foreign investors. The new cooperation mechanism introduced in October makes FDI notifications an even more complex and time-consuming process.

As mentioned, the FDI screening mechanism is something of a “black box” procedure, where the only certainty is that one has to notify the transaction to the corresponding Ministries in the affected EU Member States, but where national security is (deliberately) not fully defined and where the rationale behind each decision is therefore not fully transparent.

Given that each EU Member State (plus the UK) has its own rules of the game, local knowledge is key in this process. FIPRA Network members on the ground with specific knowledge and expertise of their national political and legislative environment are well placed to assist. The FIPRA Network helps clients secure the necessary approvals, understanding when and how to approach authorities, working as needed alongside the client’s management, financial and legal teams advising on particular transactions.

FIPRA is expertly positioned to advise clients across the globe on the many implications of Foreign Direct Investment measures in the EU. Contact our team who can assist in understanding what these legislative and policy measures mean for your business. 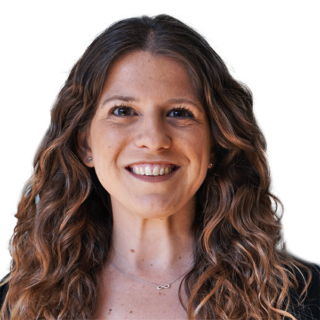 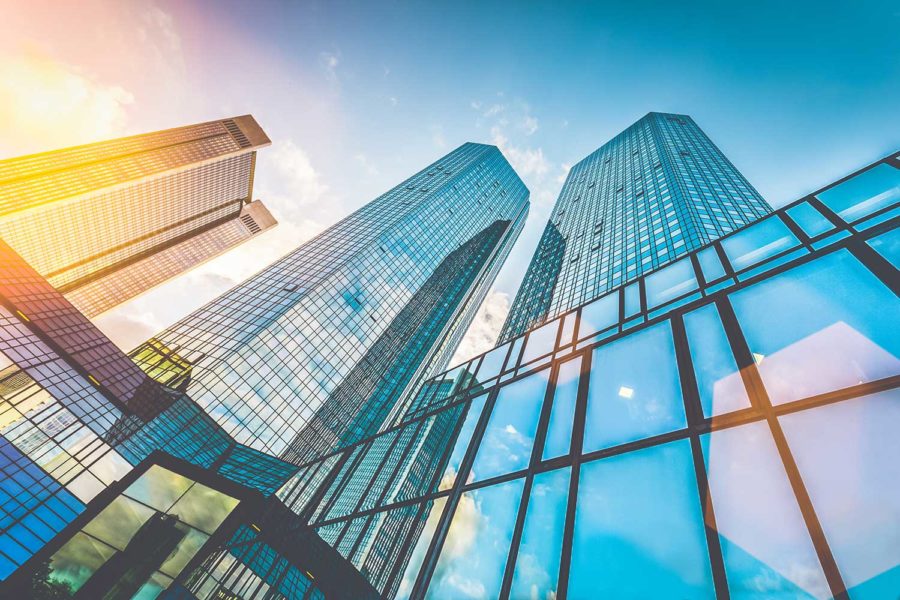