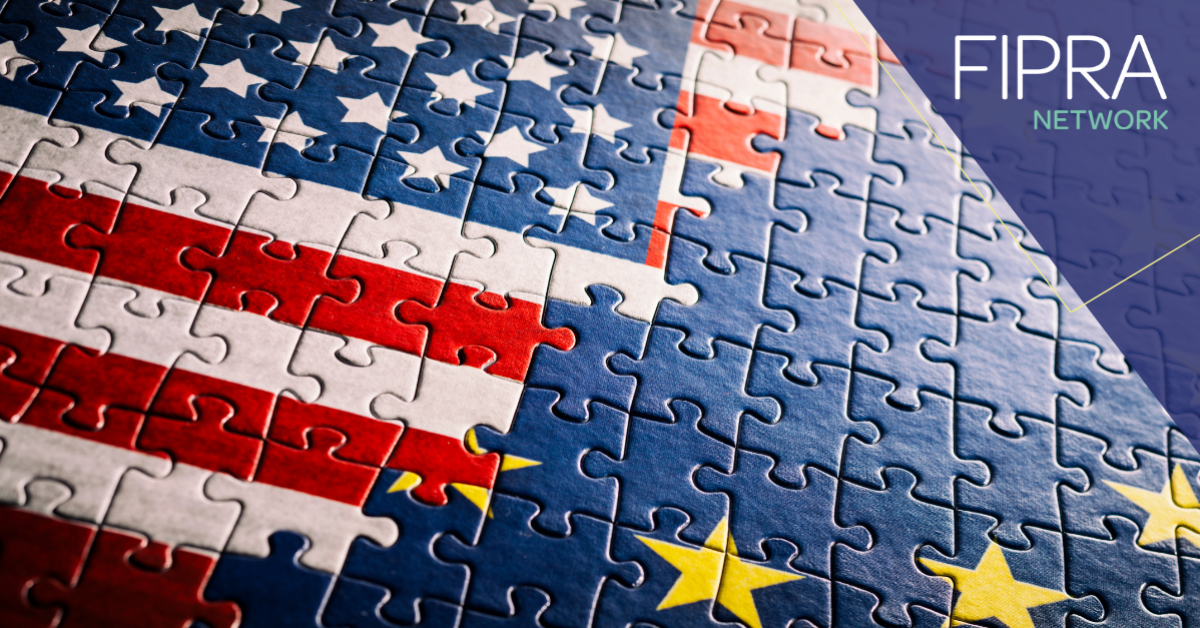 After over one year of devastating economic, political, social, and human casualties, caused by a global pandemic, the world is slowly but surely planning for recovery.

Capitol Hill is driving the agenda from rescue to recovery with $1.9 billion dollars earmarked for the American Rescue Plan. In Brussels, too, with a €750 billion sized EU Green Deal and NextGenerationEU package. Like the United States, the goal of the EU is to build back stronger through better regulation.

Given the ambitious innovation, infrastructure, energy, and climate agenda happening across the world, are there concrete opportunities that industry and regulators can avail of? Conversely, what are the potential pitfalls?

To respond to these questions and more, On April 20, the FIPRA Network hosted an online webinar bringing two experts from both sides of the Atlantic to discuss the EU-US relationship, and its role as an engine of global recovery.

The second speaker was Robert Madelin, Chairman of FIPRA International. Robert has had a distinguished career as a UK and EU public servant and served in the European Commission’s DG CNECT (Communications Networks, Content and Technology), DG SANCO (Health and Consumer Policy), and director of DG Trade.

The discussion began with global access to vaccines in the wake of a pandemic. On this topic, both speakers expressed cautious optimism around the new turning points in vaccines distribution and agreed that rollouts have been increasingly successful across the transatlantic.

Speaking about these improvements Greg Walden commented on vaccine rollouts as a point of historic achievement for the United States, he added that the US has up to nine vaccines either approved or under development in barely one year.

“If you think about it, the first jab started in December 2020, about a year from the time we figured out what Covid is all about. That kind of medical advanced research is unprecedented in human history. The rollout of this vaccine is unprecedented. We are lucky to live in this time. Medical science and research are extraordinary,” Walden said.

“We are seeing incredible partnerships even among competitors. We are also seeing the development of new technology. Both Pfizer and Moderna are using technology that has never been used before. We are opening to new incredible advances in vaccines for other diseases,” he added.

We are seeing incredible partnerships even among competitors. We are also seeing the development of new technology. Both Pfizer and Moderna are using technology that has never been used before. We are opening to new incredible advances in vaccines for other diseases

Robert Madelin added to this view by highlighting that Europe had not witnessed such a stable and consistent process of vaccination before and that recent numbers are higher than the previous one and a half billion flu jabs carried out year by year. Robert stated that the response to the Covid was a long fight and that leaders of the free world would have to collaborate to build effective long-term solutions.

“We have never done better than what we are doing now. The support that the new US administration and the European Union are giving to the World Health Organization and to Covax is great, but it’s a drop in the ocean,” Madelin said.

But even though both sides of the Atlantic have responded well, there are still significant gaps. Madelin pointed out that that the changing nature of the virus revisits conversations around collaboration, capacity, and supply chain vulnerabilities.

“We have discovered that we don’t have all the production capacity. Secondly, we’re discovering that this virus is agile. This is going to be a fast fight to get as many people vaccinated as possible. We have to work together as a global community, either with the WHO or some other multilateral body, to make sure we have the best vaccines available every year across the world,” he said.

This is going to be, firstly, the fast fight to get as many people vaccinated as possible now. We will face a challenge to remain a global community to work through the WHO or some other multilateral body, to make sure we have the best vaccines available every year across the world.

Madelin pointed out that inter-dependency among European countries and across the world is also beginning to change. He added that the new question for leaders across the transatlantic is about how countries can stay open enough to investment, technology, and research cooperation in a more consistent, open, and resilient form. This, he stated, was a very delicate balance that will be hinged on sustained leadership.

On this note, Walden drew a clear link between cross-border collaboration and supply chain vulnerabilities.

“I think we’ve also exposed as a result of the pandemic, the vulnerabilities of the supply chain. We also need to re-evaluate our supply chain partnerships across the world. A lot of lessons have been learned, and these supply chain issues needed to be addressed,” he said.

On geopolitical options for the US and EU to deal with China, speakers agreed that even though collaboration remained a key driver to economic recovery and growth, China had not changed its approach to geopolitics.

On this subject, the US and EU had both, common points and deviations.

Walden touched on some key points of a changing US geopolitical status with the Asian region.

“Agreements are not being upheld by some of the countries that entered into them with the United States, China specifically. These situations build up a feeling that we were trading out lower labor standards, and environmental standards for cheaper goods. We lost public support for trade agreements,” he said.

Madelin commented from a broader EU perspective, noting that Europe was taking a keener interest in Asia. Even though attention has been focused on China directly, more insight is being given to the Indo-Pacific, including Japan, and the rest of the region. European politicians are beginning to explore what types of relationships can be built, and what such trade relationships will mean for each country.

This is a new position, according to him, as historically, since the end of the Second World War, Europe has not paid much attention to Asia.

“I think that we must keep space for global cooperation because this world is so sophisticated that if we completely cut out any segment, we will live to regret it. We shouldn’t go back to a position where we create black holes. At the same time, we’re going to have to tighten up the WTO rules themselves,” Madelin said.

He added that the test of these new relationships and alliances will be in how they shape global events, especially in the coming months.

“I think the test for China this year lies more in climate. What will happen during the Chinese participation in the American-convened summit? What will happen at COP26 in Glasgow for the climate agenda? How far can China pull its weight, which is what it claims to want to do?” Madelin stated.

Sustained collaboration between the US and EU remains a major pillar of economic recovery on both sides of the Atlantic. On this, Madelin commented that a post-pandemic environment presents the EU and the new US administration a fresh opportunity to continue working more robustly on major geopolitical issues.

On the post-pandemic recovery particularly in Europe, Madelin said the key variable in growth rates over the next two years will be found in Europe’s ability to execute its recovery spending.

Walden underlined that the US had recorded growth in the first quarter and that more people are getting ready to get back to work and system production. According to him, people are beginning to do what they do best, and in America that is spending.

Walden said consumer spending was a key driver to the American economy but argued that more work should be done on the supply chain.

On this topic, a key insight from both speakers was the relationship between stimulus packages and supply chain constriction.

“What we are seeing are enormous supply chain issues. There are legitimate concerns about how much stimulus you shove into the economy when you’ve got supply constriction and price already going up, and then the impact it has on potential inflation.”

McColl said that after many missed opportunities, the world now faced a rare global call to swing into action.

Madelin said that the European policy agenda on climate and biodiversity was promising, such as the carbon border adjustment mechanism to reduce carbon leakage, but also highlighted the difficulty in making hard changes at the home-front fair when facing foreign competition.

“You can’t get to 2050 with today’s technology. But you haven’t got tomorrow’s technology today. A lot of the short-term low hanging fruit, certainly in Europe is banning stuff. Let’s ban single-use plastic; let’s ban this nasty chemical. Sometimes you want to ban stuff, but you should ban it within a business cycle that enables people to innovate the solutions. I think making space for innovation is the first thing that we need to do more of and talk more about,” Madelin said.

Walden stated that both political parties in the United States recognize the impact of carbon emissions and other emissions on the planet. The debate, he said, was about what can you do.

“We saw even in a pandemic a 7% reduction in emissions when you shut down the entire world’s economy, and now that’s going to be eaten back up as the economy comes back. The challenge is the technology to make this transition. We need that glide path to get there and how to further the incentives and investment strategies to get there,” Walden said.

We are a one-stop shop for policy and regulatory affairs, combining global reach with local expertise in over 50 countries. To connect with some of our experts, click here. 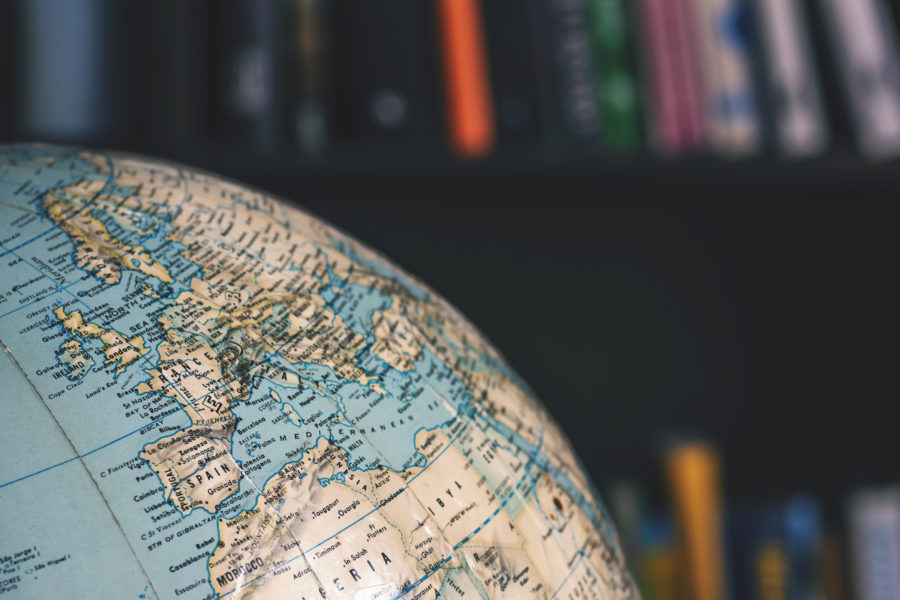