Update on the Swedish Elections 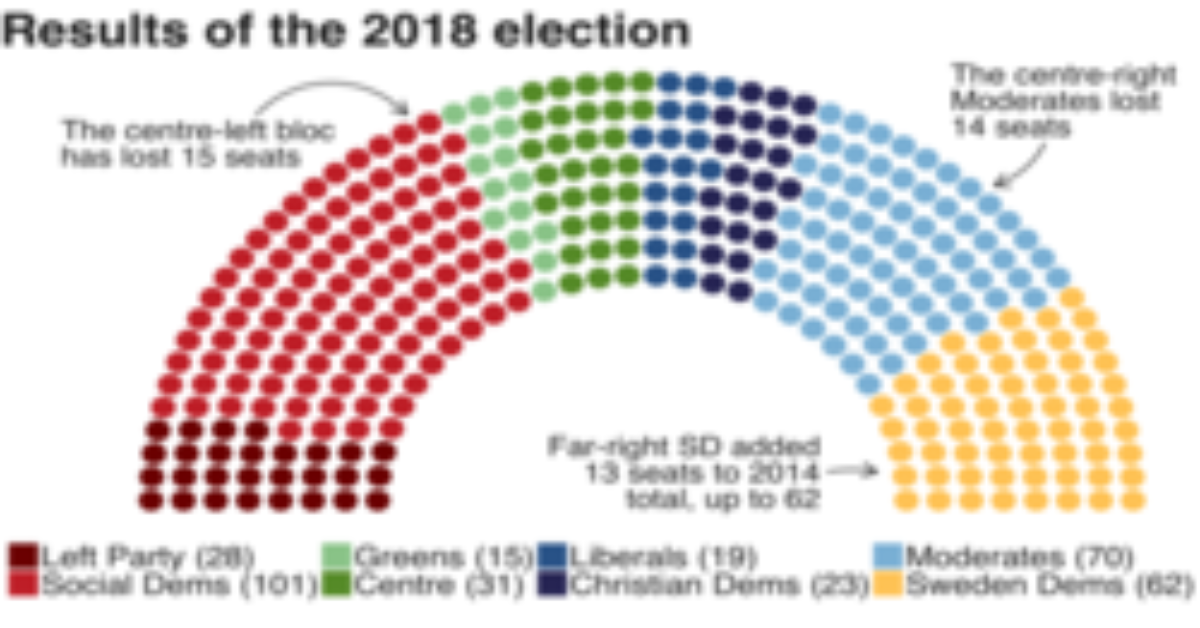 On Sunday 9th of September Sweden held its general election. The vote for parliament was inconclusive and it is at this point hard to know who will form the government and when that government will be formed. The current government is a small minority coalition, consisting of the Social Democrats and the Greens, with the support of The Left party. In Sunday’s elections, both the Social Democrats and the Greens lost seats in Parliament, while The Left party managed to secure a substantial gain. The rest of the opposition can be divided in two – The Alliance and the Sweden Democrats. The Alliance, which consists of Moderates, Christian Democrats, The Liberals and the Center party, governed between 2006 and 2014. The Sweden Democrats, a nationalist party, gained 14 seats –  though this was far less than many expected.

In the past days, The Alliance have concluded that their side won and indicated they would prefer to form a government with the support of the Social Democrats. They have also demanded the resignation of Prime Minister Stefan Löfven. The Social Democrats, however, maintain that it should be up to the largest party to try and form a government and would prefer to cooperate with the Greens, The Liberals and The Center Party. The situation is further complicated by the fact that both the Center Party and The Liberals have stated that they do not want to cooperate in any way with The Sweden Democrats.

Looking forward, the Parliament is expected to elect a new Speaker on the 24th of September. These are hectic days in Swedish politics and it is at this point hard to know what will happen next. We continue to monitor the situation closely and advise you to contact us should you or your clients need more elaborate or updated information on the situation.

exact percentage of some of the parties have changed since the final vote count was released yesterday. Information can be found here, but the changes are minimal and the mandates remains the same!