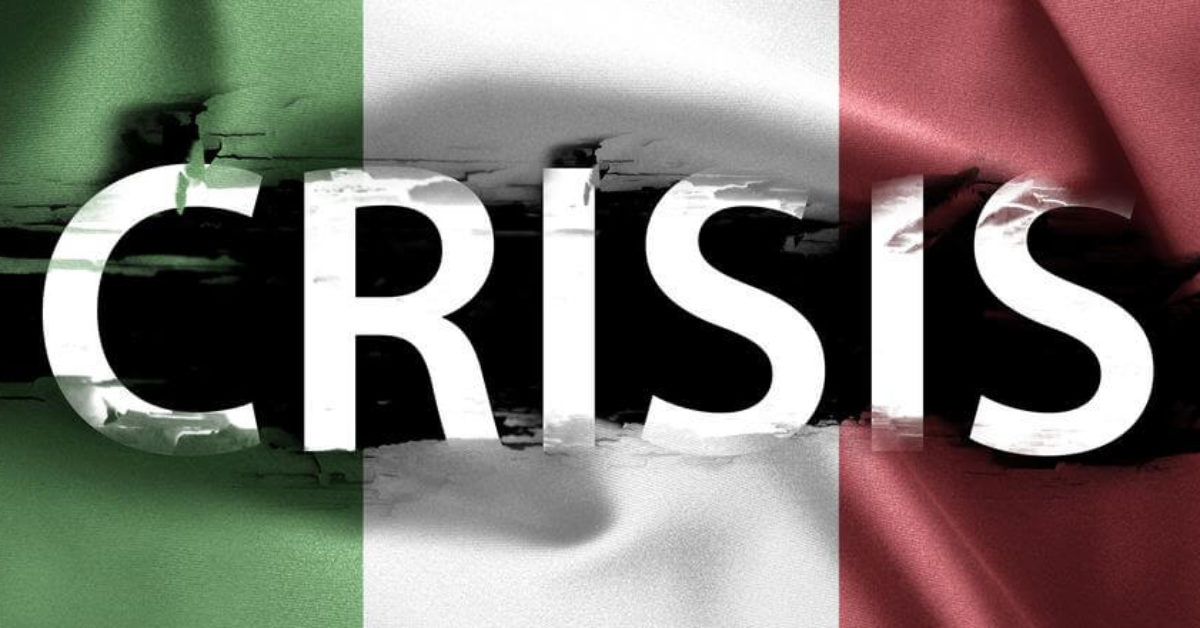 How Italy has been plunged into an institutional crisis

83 turbulent days of political negotiations did not suffice in giving Italy its first-ever Eurosceptic Government, as the President of the Republic, Sergio Mattarella, rejected the take-it-or-leave-it nomination of professor Paolo Savona as the Economy Ministry. The halt forced prime minister designate Giuseppe Conte to step down, triggering an institutional crisis whose consequences are still in the making.

But beyond the constitutional grounds, two points of Mattarella’s argument deserve a mention. Mattarella noted that the appointment of the economy ministry “delivers an immediate message – which can be either of trust or alarm – to the financial world”. Political uncertainty, he added, casted serious doubts over Italy’s fiscal solvency – whose consequences already materialised in a 200-billion loss in the stock market over the last 3 weeks, coupled with a raise of Italy’s interest rates on 10-year bonds up to 2,7%.

Mattarella then insisted that any attempt to exit the Eurozone would threat Italians’ savings – which the Constitution does safeguard – before arguing that “If we want to discuss it [Italy’s membership of the Eurozone], we have to do it openly, as it hasn’t been a salient topic of the latest elections.” In other words, if a new potential 5Star-League-led government is serious about questioning the Euro, both parties need to give up on their ambiguity on the issue, which they arguably benefited from during the electoral campaign ahead of the March elections. While this ambiguity was read by many in Italy as an attempt from both parties to drop their call for a referendum on the Euro – attempting to appeal to voters towards the centre of the political spectrum – the nomination of Paolo Savona, an economist who theorised pulling Italy out of the Euro by stealth in 2015, inevitably rekindled the fear.

Both the 5star Movement’s leader Luigi di Maio and League’s Matteo Salvini lashed out at the President’s decision, with the former going as far as to call for the impeachment of the President – something which the Italian constitution allows only “for high treason or attacks against the constitution”.

However, the fact that both 5Star Movement and League proposed a Eurosceptic like Savona as the only available option, while conscious of the President’s firm stance – and full power to reject his name – may suggests that an actual compromise was not their ultimate interests. Reading this hazardous move through the lenses of the latest polls – which picture a rising centre-right coalition – could help explain League’s appetite for new elections in the short term.

Why uncertainty is there to stay

As the chance for a populist government to take shape fell apart, President Mattarella gave a new mandate to the economist Carlo Cottarelli, a former Director at the International Monetary Fund (IMF) and Commissioner for Spending Review (a government-appointed official in charge of cutting spending in the public sector).

While Cottarelli’s profile can reassure financial markets as well as European partners about Italy’s financial spending and economic policy, it is hard to see how he can win a confidence vote in both houses of the Parliament, where 5Star Movement and League hold a majority.

Should Cottarelli succeed in securing a confidence vote, his government’s main task would be to manage a loss of market confidence, clearing a Financial bill before the end of the year and heading towards new elections in early 2019. More realistically, should the government fail in gathering MPs’ backing, elections could be convened as early as July.

This institutional crisis, as fluid as it remains now, leaves substantial questions open. Will the next elections be held under the same electoral law (a mixed system which combines a first past the post with a proportional method) which is likely once again to give birth to a hung-parliament? Will the 5Star Movement and the League run as formal allies? Will their ambiguity over the Euro – which persists at the moment – reward them again at the next elections, or will it rather backfire? Will we experience a revival of the centre-right alliance between the League and Berlusconi’s Forza Italia?

Beyond that, how the electoral campaign will be framed will be crucial. Should Italians find themselves entrenched in a debate over Italy’s permanence on the Eurozone, or should rather it take the form of an irreducible clash between technocracy/Europe vs democracy/national interest, then Conte’s failed experiment will play into the hands of populists’ rhetoric. Ironically, what halted populists from embarking in a radical confrontation with the EU may give them another electoral boost.

This piece was written by Matteo Vittori, Fipra International. Fipra also has a well-established Unit in Italy which can provide support with Government Relations as well as deeper analysis into political situations should your business need it. For more information please contact Fipra Italy