FIPRA is represented in Iceland by Special Advisor Alp Mehmet, who joined FIPRA in 2009 after a long diplomatic career ending as British Ambassador to Iceland. Prior to that Alp spent ten years in the Home Office. 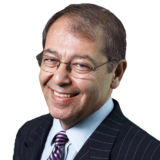 Alp has vast knowledge of government policy making, foreign affairs and the UK parliament. His insight of Iceland’s economic, political and business life is as good as it gets for a non-Icelander. Alp also served in Germany, Romania and Nigeria and was the FCO’s Asia Spokesman when the UK was negotiating with China on the handing back of Hong Kong, when he was also media advisor to Foreign Secretaries Sir Malcolm Rifkind and Robin Cook.

Since leaving the FCO, Alp has been active in business (UK director of AquaOmnis, an Icelandic water company), politics, the media, variety of projects for the UK government (FCO, MOD and DfID) and charity work (vice chairman of governors and trustee of a large secondary school and until June 2013 on the board of a charity helping victims of alcohol abuse).

He was elected to the board of the FCO Association in May 2013. FIPRA colleagues have enjoyed his coaching courses in which he draws on his extensive media and public speaking expertise. Alp now regularly takes part in debates and lectures on migration, appears on TV and radio, often popping up where you least expect him (Hong Kong, Australia, Romania, Russia, Spain, Iceland and India to name but a few) and writes regularly for the print and virtual media.