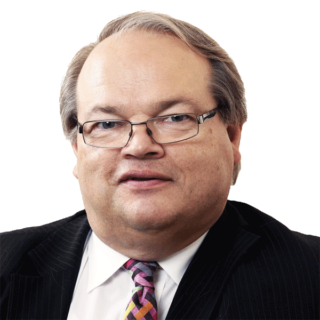 A graduate of Oxford University, John served as a London Borough Councillor & Chairman of Education and later became MP for Battersea. He went on to serve two terms in the UK Government as Minister for Health (1992-1996) and Minister for Transport (1996-1997), after which he worked as international policy advisor for the World Health Organisation, before being elected to the European Parliament.

In the EP, John was Spokesman for the EPP Group on the Environment and Health and led for the Parliament on a range of Reports, including establishing the ECDC, Neglected Diseases, Food Safety, Mental Health and Cross Border Healthcare and for his Group on the environmental issues of Climate Change, Chemicals and Cosmetics. He was also Vice President of the Joint Parliamentary Assembly of the EP and parliaments of Africa, the Caribbean and the Pacific (ACP).