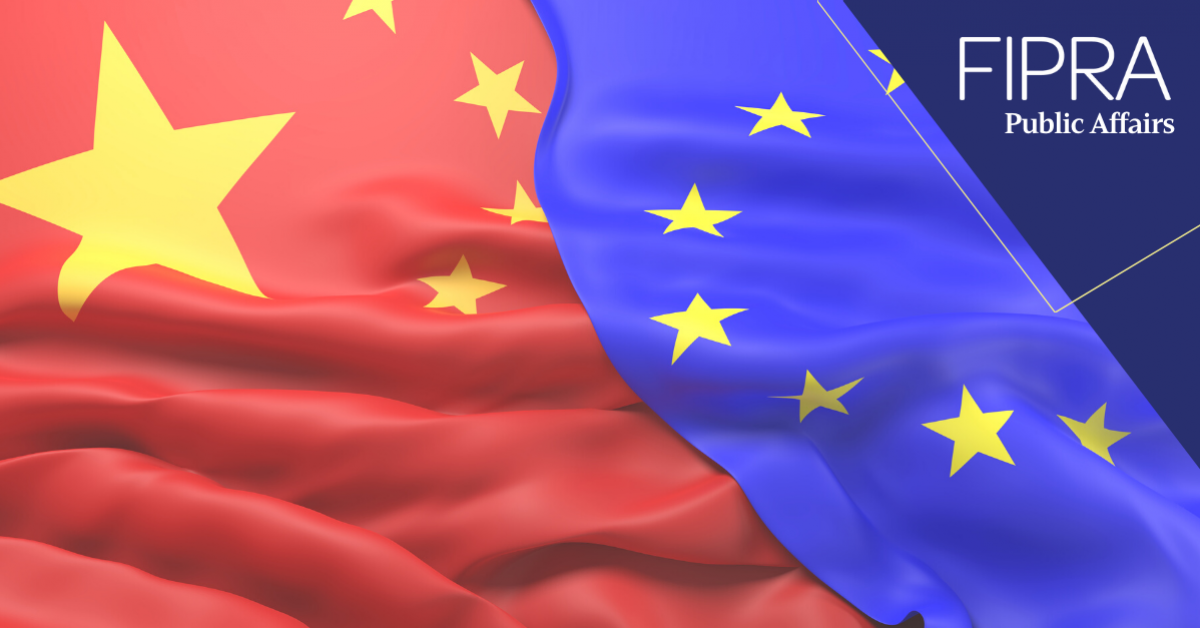 In 2022, the European Union will continue pursuing its multi-track diplomacy vis-à-vis China as a “negotiating partner, economic competitor, and systemic rival”. Amid growing geo-political tensions and shifting political dynamics in key EU Member States, companies and investors with vested interests in EU-China relations should expect bilateral relations to remain turbulent despite a gradual re-engagement, while factoring in risks for further deterioration.

EU will continue to struggle with its China policy

Europe has long been calling for a more united front towards China, but with differing foreign policy directions among Member States, in addition to their considerable economic stakes, the EU has failed to speak with one voice on China. While 2022 will no doubt witness many shifts in political dynamics within the EU, some possibly crucial to the future of EU-China relations, it is far from clear that such changes will foster progress towards a European policy on China.

The new German government is still in the process of defining its own China policy. Despite a clear position in the coalition agreement, the early days of Mr Scholz as Chancellor have been marked by divergent views between coalition parties on whether to continue the pragmatic approach on China of the Merkel era or to take a tougher stance. The French election this year will determine how far France will push for European strategic autonomy, a concept that is well received in China but concerns the US. Whether the incumbent Hungarian government, one of the most China-friendly forces in the EU, survives the April election will also have a spill-over effect on EU-China relations.

Although the China-Lithuania dispute underscores the need for a European China policy, it seems unlikely to trigger much concrete action. Despite several high-level statements to express solidarity with Lithuania, little has been or could be done by the EU other than launching a time-consuming lawsuit at the WTO, of which the outcome would be less than certain. This position is gradually changing, however, as the bilateral dispute between China and Lithuania starts to impact European companies based other than in Lithuania. It remains to be seen whether those Member States with much less economic interest in Lithuania than in China would be convinced to take joint European action to back Lithuania’s foreign policy decisions.

Further EU emphasis on values and a level playing field

EU-China trade relations will be increasingly politicised in 2022 as the EU insists that trade cannot happen in a political vacuum.

The EU-China Comprehensive Agreement on Investment (CAI) is not expected to be ratified in the medium term, following exchanges of sanctions over human rights issues in Xinjiang last year. Despite repeated calls from the Chinese side to separate trade and political issues, the EU has been firm in demanding that China lifts sanctions against members of the European Parliament before considering the ratification of the CAI. There is no sign that the two sides can find a mutually acceptable political solution to unfreeze the CAI in 2022.

EU-China trade relations will be increasingly politicised in 2022 as the EU insists that trade cannot happen in a political vacuum. There is no sign that the two sides can find a mutually acceptable political solution to unfreeze the Comprehensive Agreement on Investment in 2022.

The Global Gateway seeks to offer a European alternative to China’s Belt and Road Initiative and aims to advance EU values and standards while providing a competitive advantage to European companies. Despite its potential as an area of positive cooperation, its implementation in 2022 could also introduce friction in EU-China relations by increasing bilateral competition in geo-politically sensitive regions such as the west Balkans and Africa.

The EU will also be busy this year equipping itself with a handful of unilateral instruments to safeguard its values through trade and push for a level playing field in its trade relations with China. Once adopted, the following key legislative proposals would have a profound impact on business operations for all Chinese companies in Europe:

EU-US co-operation on an issue-by-issue basis

The EU and the US have a shared interest in certain areas like setting global standards on critical technologies and addressing common challenges arising from China’s economic model. They are likely to continue their efforts to coordinate transatlantic trade and technology policies, and build joint strategic agendas to counter Chinese influence, notably under the framework of the EU-US Trade and Technology Council (TTC).

The EU and the US have a shared interest in certain areas like setting global standards on critical technologies and addressing common challenges arising from China’s economic model. They are likely to continue their efforts to coordinate transatlantic trade and technology policies, and build joint strategic agendas to counter Chinese influence.

However, guided by the idea of European strategic autonomy, the EU will not fully align with the US and turn the TTC into a China-bashing platform. Different regulatory approaches, compounded by France’s growing scepticism regarding the US, make it even more challenging for the two sides to reach common ground. The success of the TTC will therefore largely depend on whether it can focus on what could be agreed to deliver quick and concrete results in 2022. In the meantime, the EU will try to forge new partnerships and alliances with other countries such as Japan, India and Australia.

De-coupling not an option, but…

Despite all the challenges, both the EU and China seem to be interested in re-engagement; both sides understand that de-coupling is not a viable option. The upcoming EU-China summit will indicate to what extent political momentum could translate into concrete action. But any re-engagement will be gradual, subject to many uncertainties and therefore unlikely to improve bilateral relationships to a significant extent in 2022.

(As written by Haoyang Yan, with contributions from Alessandro Bazzoli – This article was written before the escalation of the Russia – Ukraine conflicts and therefore does not take into account its possible implications on EU-China relations)