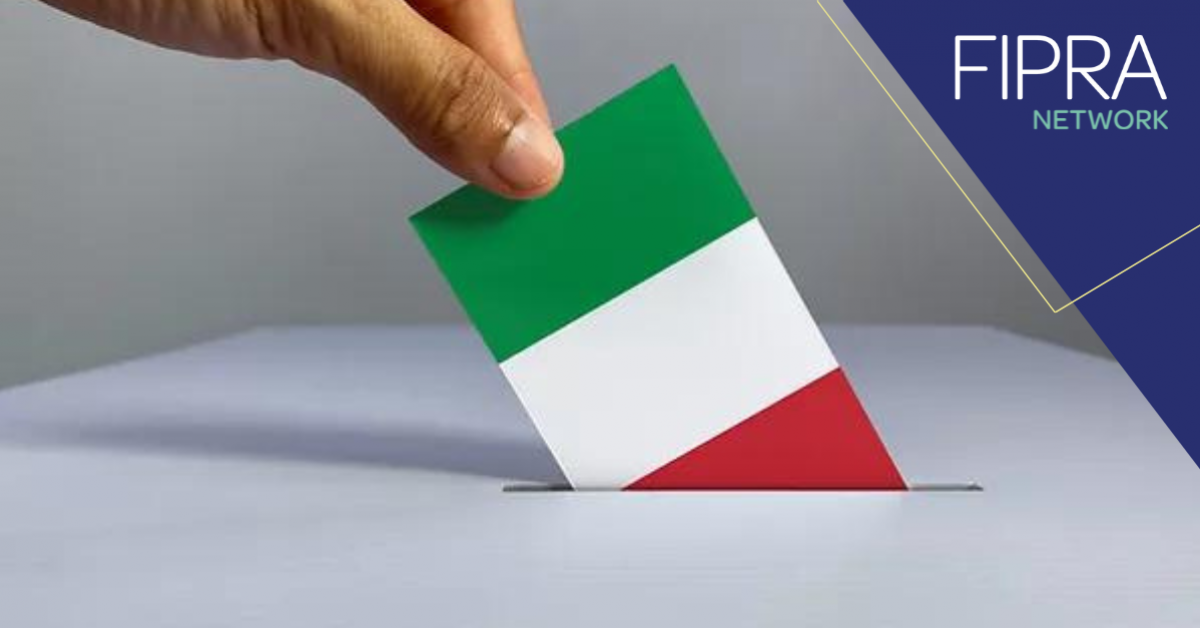 The results of Italy’s general elections were no surprise. As polls had predicted throughout the electoral campaign, the centre-right coalition won approximately 44% of the national vote, with an 18% lead on the centre-left, and will command a solid majority in the next Parliament, thanks to an electoral system that awards one-third of the seats in both Houses through first-past-the-post races. Looking at the map, the centre-right is the dominant political force throughout the country, from North to South, and has made significant inroads even in the traditional strongholds of the Left, once known as the “Red Regions” of Tuscany and Emilia-Romagna.

Within the coalition, the right-wing Brothers of Italy (a member of the ECR group in the European Parliament) established itself as Italy’s largest party with approximately 26% of the vote: as many have observed, a party with roots in neo-fascism is the country’s leading political actor for the first time since 1945, and its leader, Giorgia Meloni (45), is most likely to be appointed as the first woman Prime Minister in the weeks to come. It would be deceitful, however, to explain this success as the sign of a radicalisation of the Italian electorate: it is much more plausible that large pockets of voters who have experienced severe economic hardship over the last decade and voted for self-proclaimed Eurosceptic parties in the previous general election of 2018 (the Five Star Movement on the left, Lega on the right) shifted to Brothers of Italy when those two parties joined the national unity majority in support of Mario Draghi in 2021.

While the top priority of a centre-right Cabinet chaired by Meloni will be to support small and medium enterprises, as well as households, who are suffering from an increase in energy bills, the coalition will also put in effort to reduce the tax burden, lower the pension age and block or delay liberalisations of services that are harmful to their key constituencies.

This is likely to lead the next Cabinet to rediscuss some of the priorities set by the National Recovery and Resilience Plan, particularly concerning tax reform and competition policies. Contrast to illegal immigration will be another topic on which Meloni’s Cabinet will depart from the permissive approach of the outgoing one, possibly by restoring the more restrictive legislation passed by Lega’s leader Salvini when he was Minister of the Interior in 2018-19, and later repealed. All this will call into question Italy’s relations with the EU partners and the European Commission, possibly generating conflicts on matters related to the management of Italy’s public finances, economic reforms, and migration policy.

The centre-left coalition, with the Democratic Party (PD) as its leading political force, experienced the second consecutive defeat after the one in 2018; PD leader Enrico Letta announced that he will not run for party leader again when the next party conference comes. Letta focused his campaign on stressing the need for all progressives to unite in support of the centre-left coalition, to prevent the threat of a far-right Government which – so PD’s propaganda went – would put not only Italy’s loyalty to NATO but even Italy’s democratic regime under threat.

Polls have suggested quite consistently throughout this campaign that this message was not effective, at least outside a narrow echo chamber of educated urban voters. This may be due to various reasons, including the fact that the Italian electorate is probably much more worried about the economic consequences of the confrontation between NATO and Russia than they are about Russia’s invasion of Ukraine per se, and/or the staunchly pro-NATO stance taken by Meloni who undermined one of the arguments brought against her, and/or the factual evidence that the centre-right has ruled the country for many years in the 90s and the 00s without giving the impression to plan to restore Fascism.

PD’s message proved ineffective also because it was the same message the party had sold to its (shrinking) electorate over the last quarter of a century, no matter who their main opponent was (first Berlusconi, then the Five Star Movement and Lega, now Brothers of Italy). Moreover, public statements by foreign leaders on how they would respond to the “threat” of a Meloni-led Government probably had the effect of uniting centre-right voters who don’t like foreign interference, rather than scaring anyone into voting for PD.

The campaign conducted by Five Star Movement leader, and former Prime Minister Giuseppe Conte was much more effective. The movement held on at least to its strongholds in large metropolitan areas in the South, thanks to its continued support for the citizenship income (a measure they passed while in Government) and their proposal for the introduction of a minimum wage. Having departed from its original profile of an anti-establishment, Eurosceptic party, the Five Star Movement has successfully turned into a populist party of the left, and possibly a partner of PD to form a new progressive alliance in the years to come.

In terms of the next steps, the new Parliament will convene on the 13th of October. As soon as the Chairs of the two Houses are elected, President Mattarella will start his talks with party leaders to appoint the new Prime Minister – presumably Giorgia Meloni. We expect the new Cabinet to be sworn in and to go to Parliament for the initial confidence vote by the end of October.