LOOK UP: the future of mobility is here! 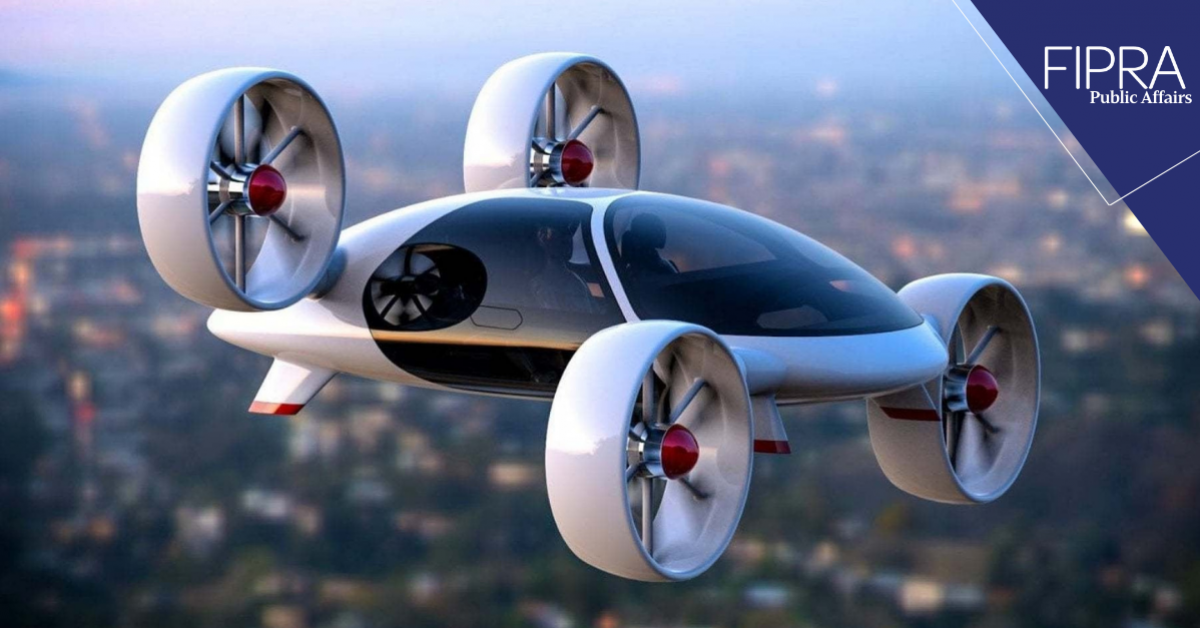 Receiving your groceries from a drone or boarding an air taxi to go to the airport are things that might seem like science fiction but are way closer than one might imagine.

The European Commission will outline in November this year its policy priorities in the drone field for the next decade in its Communication for a Drone Strategy 2.0.

A lot has changed since the early days with the first Drone Strategy back in 2014. Thanks to one of the most advanced drone regulatory frameworks in the world, the European drone ecosystem (involving not only drone pilots but increasingly institutions, industry, and research organisations from across the EU27) has grown more mature. During the past years, the intense regulatory activity has focused primarily on low-risk operations performed with smaller drones, which account for more than 70% of drone operations today.

With technical and operational requirements for small drones fully developed and being implemented, the Commission decided to look further over the horizon towards Urban Air Mobility, which encompasses two quintessential services: drone delivery and air taxis. In line with the Sustainable and Smart Mobility Strategy, the Commission recognised that Urban Air Mobility would greatly contribute to its decarbonisation and digitalisation goals.

However, drone delivery and air taxis have very little in common and present different challenges and timelines for deployment.

Freight transport using drones as all-electric and all-air solution could help reduce costs, traffic congestion and air pollution. However, cargo drones still have to overcome a number of challenges, particularly in terms of safety, delivery methods and the business model.

Last-mile delivery accounts for 53% of total shipping cost and 41% of total supply chain costs, and between 20% and 30% of a city’s carbon dioxide emissions come from last-mile deliveries. Freight transport using drones, as an all-electric, all-air solution, could help reduce costs, traffic congestion and air pollution.

However, cargo drones still have to overcome a number of challenges, particularly in terms of safety, delivery methods and business model.

Transporting goods by air in urban environments over densely populated areas involves safety concerns in case of collision and potential personal or material damage, especially when the drone has to approach the customer to drop off the package. The delivery method is another open front; the aircraft could land on a specific surface (e.g., the top of buildings) or slide the parcel across a rope to leave it in the garden, terrace, or even to be picked up from an apartment window. Landing sites could be an alternative to concentrate the noise from cargo drones in a specific area, but this would greatly undermine the time saving convenience that the industry seeks to offer.

Finally, the business model is one of the major hurdles to be addressed in the coming years. Profit margins in the delivery market are often very tight and there are already a number of companies offering affordable deliveries by bicycle or scooter in less than 15 minutes. Certain companies have been charging between 3 to 5 euros per drone delivery in testing sites, but this figure could increase significantly when these aircrafts are required to use U-space services (the traffic management system for drones). Containing the U-space services price and obtaining the desired scalability of operations will be ultimately crucial to the success of this business.

In the short term, drone deliveries for the broader public are expected to increase substantially, facilitating social acceptance and communication of the benefits of this technology. Some public use cases could be the creation of corridors connecting different hospitals to urgently transport organs or blood, or the delivery of emergency equipment, reducing waiting times by a third.

Drone deliveries will most likely scale up to connect logistic hubs with ports or to transport packages between different facilities in an industrial or logistics complex, as certain automotive companies have been doing for several years.

But when will all this be available?

Today. The drone revolution is already taking place. The McKinsey Centre for Future Mobility estimates that more than 2,000 drone deliveries are made every day worldwide and there are over a hundred of companies providing these services. With the start of the implementation of the U-space system across Europe in January 2023, operations in urban environments will be considerably easier and drone delivery is expected to increase significantly.

If someone in the 1980s were asked what the city of the future would look like in the 2000s, most likely the respondent would have pointed to flying cars as an indispensable part of the future landscape. Now, the great promise of the 2000s seems to be closer.

Air taxis, also called eVTOL (electric vertical take-off and landing) are aircrafts with a typical capacity of one to five passengers, plus a pilot. Although the industry’s target is pilotless operations, this will not be possible until the beginning of the next decade. In the meantime, by 2028, air taxis could create 60,000 pilot jobs.

Discussions about air taxis cannot be separated from their take-off and landing sites, called vertiports, which will need to be regulated to make them interoperable with the various aircraft manufacturers. In April 2022 Supernal (an eVTOL and vertiport manufacturer part of the Hyundai Motor Group) and Urban-Air Port already launched the first functional vertiport in Coventry (UK). Local governments are collaborating closely with national authorities to find the most suitable places to establish this infrastructure, balancing the interests of the communities living in the vicinity and the time-saving convenience of the activity.

Safety standards are significantly stricter for passenger transport than for freight, and an intense regulatory debate is already underway at the European Union Aviation Safety Agency (EASA) to define the operational, technical, and infrastructure requirements. Certification standards for these types of aircrafts and vertiports are currently being developed with a view to having the first certified air taxi by early 2024.

Unlike drone delivery, air taxi technology is much more complex and still needs further development. Since pilotless operations will still need time, initial eVTOLs will share some similarities with helicopters or light aircrafts. Being all-electric, air taxis, especially those intended to carry a larger number of passengers, will need very powerful batteries, which are currently neither easy nor cheap to obtain.

Aircraft capacity is a key factor for business profitability. On aircrafts with single-passenger seating, the range of target clients would be very limited, especially as some operators would aim to bill per passenger. Some of the emerging business models on the table would charge around 3-5 euros per kilometre per passenger.

Initial use cases would be aligned with the European Union’s multimodality objectives and would connect different transport facilities, such as airports and train stations. Air taxis could also be employed to connect cities with suburban or remote rural areas, which would avoid some of the safety considerations of flying over densely populated environments.

The first real-life scenario for air taxi operations will be during the Paris Olympics in June 2024, connecting Paris Charles de Gaulle airport to La Défense. This journey which would take at least 30 minutes by car or 50 by train, would be completed in just 10 to 15 minutes and for around 100-130 euros per flight.

The first real-life scenario for air taxi operations will be during the Paris Olympics in June 2024, connecting Paris Charles de Gaulle airport to La Défense. This journey, which would take at least 30 minutes by car or 50 by train, would be completed in just 10 to 15 minutes and for around 100-130 euros per flight. Paris 2024 will only mark the beginning of large-scale demonstrations, which will be replicated across all Europe. The VOLO CITY, developed by the leading manufacturer Volocopter, is one of the most developed and ready-to-use air taxis and will play a key role in the early deployment of this technology.

Air taxis could also be used for emergency and security purposes as a sustainable and less noisy alternative to helicopters, as the Spanish police plan to do.

Familiarising people with these new vehicles and convincing them about their safety and time convenience will be one of the main challenges for authorities. Large-scale demonstration events such as the Olympic Games in 2024 or the Winter Olympics in 2026 will contribute to this.

Several safety, logistical, technological and business challenges remain to be solved to unlock the full potential of Urban Air Mobility. The European Union and EASA are fully committed to act quickly and develop all the necessary regulations to enable a fully-fledged drone services market as soon as possible, consolidating Europe as the most advanced region in the use of drones. Look up, the future of mobility is here, right over our heads.